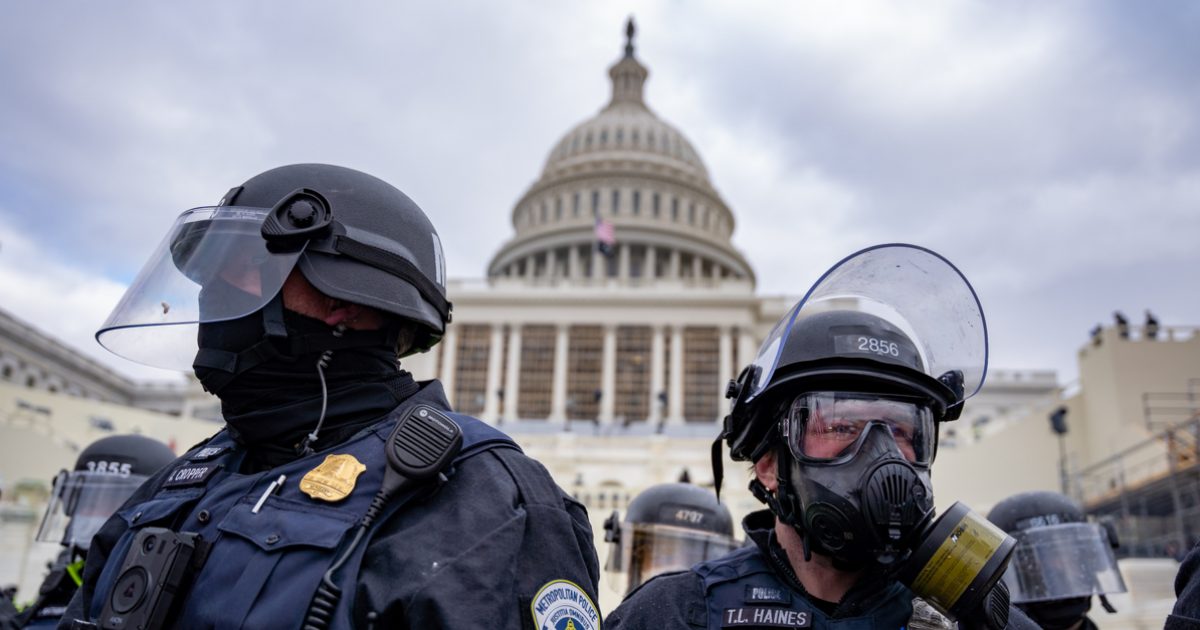 The sheer scope of the evidence gathered during the storming of the Capitol on January 6th, 2021 is nigh unfathomable.

Video cameras in the building, worn by police officers, and carried by those who attacked the sacred building are all being scoured by the FBI and the federal law enforcement agencies, as the FBI and others churn out unbelievable amounts of manpower to get to the bottom of that fateful day.

Now, after more than 440 arrests thus dar, the FBI is asking for the public to help identify what they believe are the “worst of the worst”:   Insurrectionists who attacked Capitol Police and forced their way into the Congressional chambers.

The FBI has posted 353 images on its website, seeking public help in identifying people at the Capitol on Jan. 6, with a priority of finding those who attacked police officers.

Image 123 shows a person suspected of trying to rip the face mask from Hodges. Images 106 and 134 involve attacks on two D.C. police officers who were dragged down Capitol steps. One of them was struck with a pole.

And image 300 shows a person who appeared to throw a two-by-four piece of wood through a Capitol window.

The FBI has still been unable to identify or capture a man seen on surveillance leaving two potentially deadly pipe bombs near the Capitol on January 6th either.