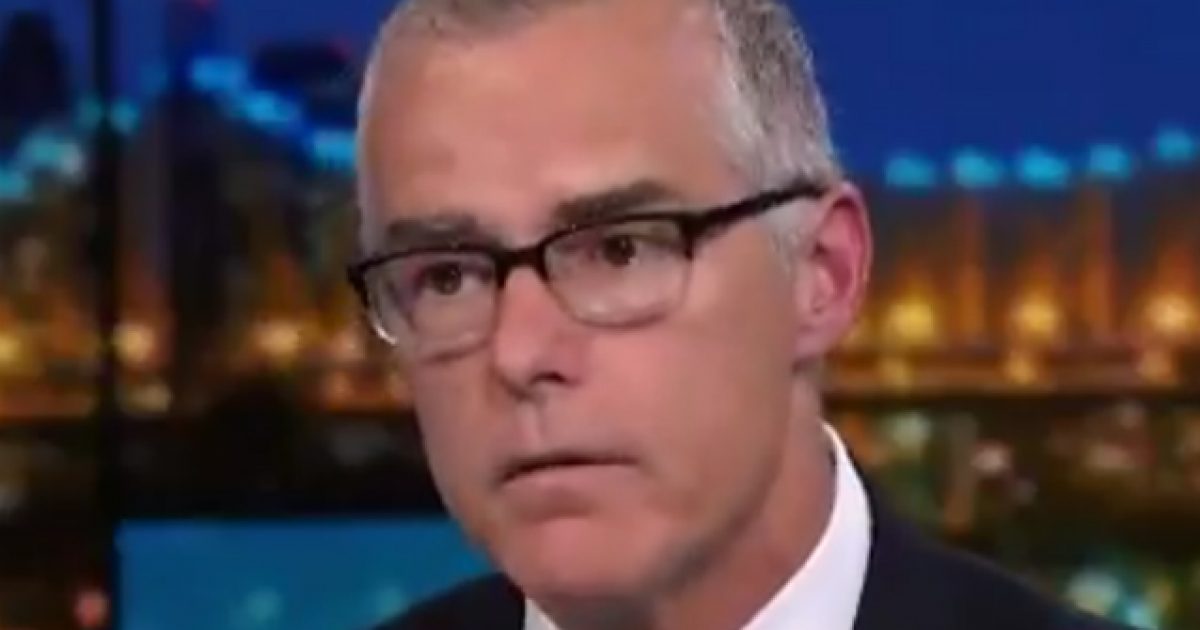 Some brand new records from the Justice Department have some pretty bad news for former FBI Deputy Director Andrew McCabe, indicating there might be a criminal prosecution headed his way sometime soon.

Dozens of pages of previously unreleased, secret material has been released that details the FBI’s internal investigation into the bureau’s then right-hand man, including his denial of being the source of the leak concerning Secretary of State Hillary Clinton along with a follow-up meeting featuring McCabe reversing course and admitting he was the one who approved the disclosure.

The records were released in response to a Freedom of Information Act lawsuit brought by Citizens for Responsibility and Ethics in Washington, a left-leaning watchdog group that has been fighting in court for access to the DOJ and FBI documents connected to McCabe’s firing.

Comey said he did not permit McCabe to tell the media, and Horowitz wrote that McCabe’s actions were “designed to advance his personal interests at the expense of Department leadership” and that “McCabe’s disclosure of the existence of an ongoing investigation in this manner violated the FBI’s and the Department’s media policy and constituted misconduct.”

McCabe was fired and is suing the DOJ for wrongful termination, seeking to regain his job and back pay, claiming President Trump was behind the firing.

The U.S. Attorney’s Office in D.C. is weighing criminal charges against McCabe stemming from Horowitz’s report, and DOJ denied his September appeal to avoid criminal charges. Though federal prosecutors recommended charging him, it does not appear a grand jury has returned an indictment.

McCabe’s legal team has expressed some frustration with the DOJ, stating that the former deputy director didn’t do anything wrong, saying, “this investigation has been fatally flawed from its inception.”

McCabe has made it clear he has no plans to accept any kind of plea deal should criminal charges be brought against him.

Gun Store In Virginia Says Firearms, Ammo, And Other Accessories Flying Off Shelves