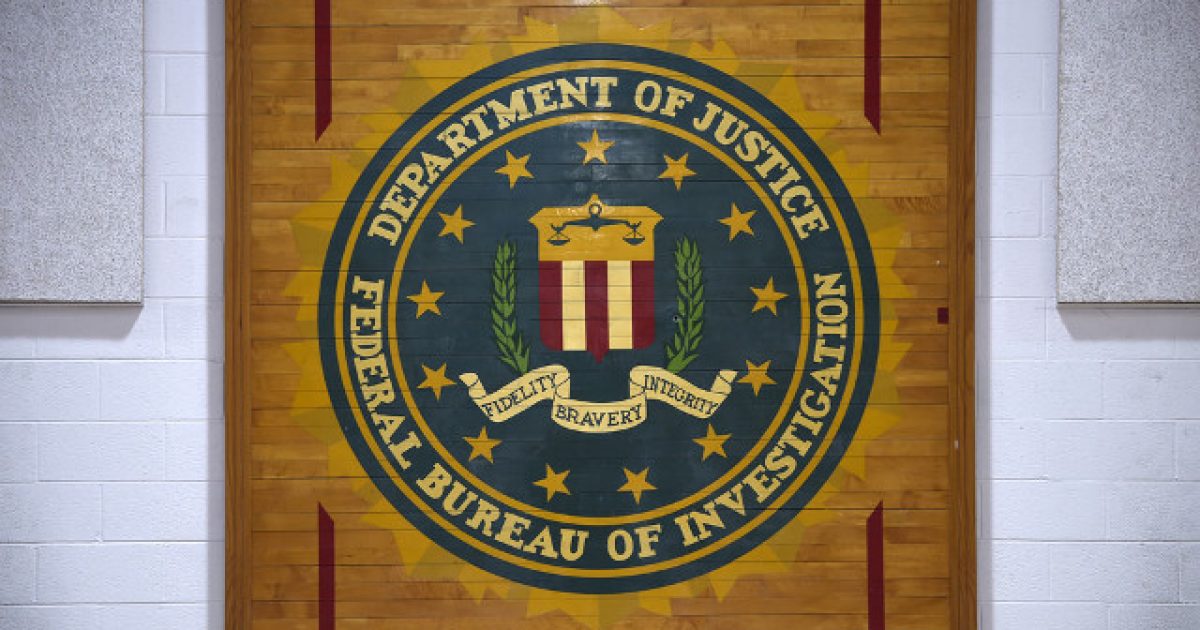 As the FBI continues to scour the massive pile of evidence that was created during the January 6th insurrection at the US Capitol, the organization is also pleading with Americans to help crack down on potential homegrown extremism.   But, in true federal fashion, the messaging has been a little off from the start.

The Bureau has already arrested more than 450 people in connection with the events of that fateful day, and they are hoping to arrest several hundred more before it’s all over, having dedicated a place on their website for people to help them identify those who’ve yet to be apprehended.

Now, in an effort to prevent more of the same, the FBI is asking that friends and family members keep a keen eye on their loved ones, and be ready to rat them out when the times comes.

The Federal Bureau of Investigation (FBI) published a tweet on Sunday telling Americans to report their own family members and peers for “suspicious behaviors.”

Family members and peers are often best positioned to witness signs of mobilization to violence. Help prevent homegrown violent extremism. Visit https://go.usa.gov/x6mjf to learn how to spot suspicious behaviors and report them to the #FBI. #NatSec

A previously-released booklet on homegrown extremism, that was linked in the aforementioned tweet, states that some of our inalienable rights could be considered indicators of potential trouble.

The booklet also states several times that the “indicators” may be constitutionally protected activities, but if they are observed in combination with “other suspicious behaviors,” those indicators may “raise suspicions” and “constitute a basis for reporting”:

The National Counterterrorism Center (NCTC), the Federal Bureau of Investigation (FBI), and the Department of Homeland Security (DHS) emphasize that many of the indicators described herein may involve constitutionally protected activities and might be insignificant on their own. However, when observed in combination with other suspicious behaviors, these indicators may raise suspicion in a reasonable person and constitute a basis for reporting. Law enforcement action should not be taken solely based on the exercise of constitutionally protected rights, or on the apparent or actual race, ethnicity, national origin or religion of the subject, or on any combination of these factors. Individuals are encouraged to contact law enforcement if, based on these indicators and the situational context, they suspect an individual is mobilizing to violence.

The move drew a great deal of criticism, particularly from conservatives like Ted Cruz, who compared the practice to similar programs within Cuba and China – largely thought of as nations whose record of upholding the rights of their citizens is subpar.

Heineken Accused of Discrimination Against the Unvaccinated with New Ad