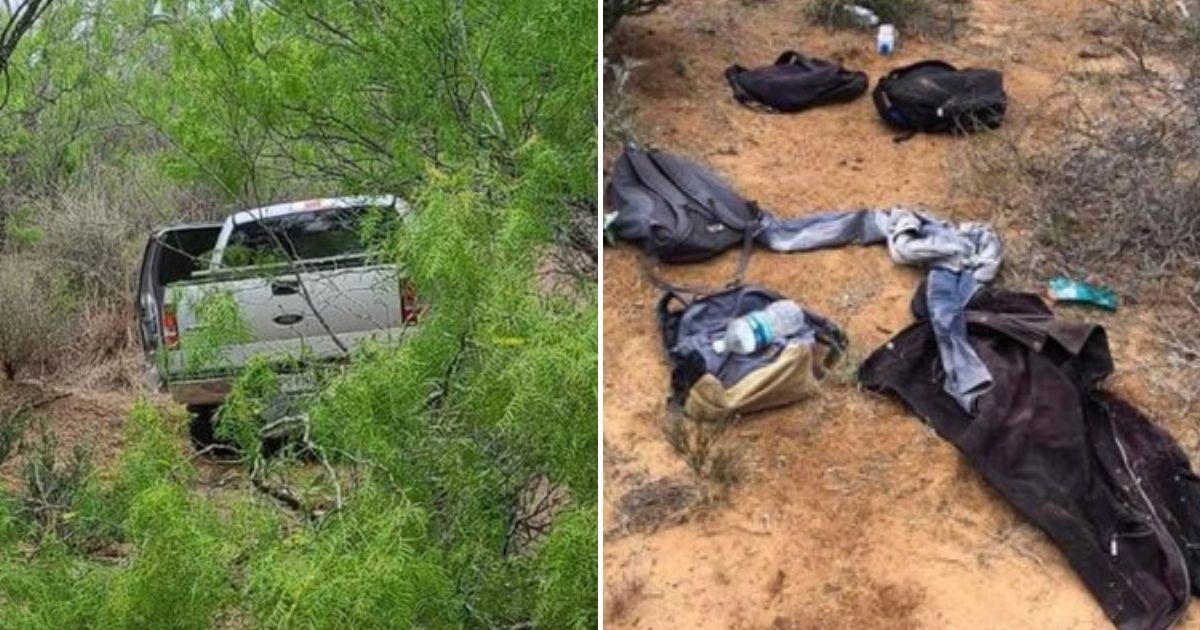 Texas farmers are upset with the nation’s current lack of border security — and they’re asking the White House to pay for damages caused by its reckless immigration stance.

According to the New York Post, farmers in Texas have had to pay countless dollars to fix damage caused by human traffickers and the illegal immigrants who have come into the United States so far this year.

Some of the financial damages caused by illegal immigration come in the form of stolen vehicles, damaged crops and destroyed property, such as fences, which can cost anywhere from $1,000 to $4,000 to repair, the outlet reported.

Richard Guerra, a fourth-generation Texas rancher, told the New York Post that the fever tick is another problem caused by illegal immigration, because some of the migrants unknowingly carry the tick, which then gets dropped onto the properties they trespass on.

According to the Texas A&M University Department of Entomology, fever ticks carry pathogens that bring about “Texas Cattle Fever,” which can be a fatal disease. There is currently no medication or vaccine that can control or prevent the disease, and the presence of fever ticks will force landowners to quarantine and eliminate the ticks, the website states.

Guerra said it is expensive to eliminate an outbreak of fever ticks. In fact, it can cost up to $400 an hour to hire helicopters to spray for them, he said.

It is easy to understand the farmers’ frustration with how the Biden administration has handled the issue of immigration during its brief tenure. While President Joe Biden and other officials have made lazy attempts at portraying how we do not have an “open border,” the truth of the matter is that illegal immigration has been an ongoing problem for this administration.

The Washington Post reported border agents apprehended about 172,000 illegal immigrants along the U.S.-Mexico border in March, with comparable figures for April. These were the highest numbers in nearly two decades, the outlet reported.

However, in April, Immigration and Customs Enforcement only deported 2,962 illegal immigrants, which was the lowest monthly amount ever reported, according to The Washington Post.

In other words, at a time when our country was seeing a record-high number of illegal border crossings and migrants taken into custody, the number of deportations by ICE was at an all-time low.

This is the Biden administration’s immigration policy. Again, one can understand why the farmers are furious.

There may be some hope for those struggling along the border, as America’s largest farmers organization has been working to recover money that its members have lost, according to the New York Post.

Russell Boening, president of the Texas Farm Bureau — which consists of over 500,000 member-families, according to its website, and is affiliated with the American Farm Bureau Federation — said the farmers in his bureau had witnessed traffickers trample their crops with vehicles, stranded smuggled families on their properties, and vandalized residences. He said this was even reported by members who lived hundreds of miles away from the U.S.-Mexico border.

In addition to the financial losses, there is also the matter of keeping people safe.

“You have that economic issue and then you have just the safety issue — the mental strain — and to a certain extent being afraid for your own safety on your own property when you’re out checking crops, checking livestock, doing things just in your normal course of business,” Boening said.

It seems that these issues are not just a problem in Texas.

The American Farm Bureau Federation, as well as every state’s farm bureau, plus the one in Puerto Rico, asked the Biden administration to address their problems, via a letter sent in June. The White House consented to a virtual meeting, which is where officials from the farm bureaus explained to federal leaders the impacts of rising illegal immigration, as well as how imperative it was that they receive financial assistance, according to the New York Post.

While insurance companies might reimburse some of the damages, property owners are often left hanging out to dry, which is why they are asking the government to help them much like it does when natural disasters affect people.

“We don’t have a direct way to do it. I mean, if the administration is going to come up with something, it’s going to have to be administered and run by them,” Boening said.

Officials from bureaus in Texas, California, Arizona and New Mexico were told by White House representatives that their comments and concerns would be taken seriously and that they would hear back from the Biden administration, but Boening said, “I haven’t seen that yet.”

Boening said it was the federal government’s duty to solve these issues and to help everyone who has been impacted by the illegal border crossings — even migrants who have been victimized by smugglers along the way into the U.S.

The Biden administration’s border fiasco is affecting those closest to the border more than others, but it is clear that it does affect all Americans. In this instance, it seems the right thing to do would be to set up some sort of relief for those impacted by the burgeoning border crossings.

Unfortunately for these farmers and landowners, this would require Biden and his officials to admit that what is happening at the border actually is a crisis, which is something they have struggled to do thus far into his term.

It seems that this is one of those instances where the federal government should provide meaningful assistance to those impacted by this national emergency — but, given that the administration is keen on sending illegal immigrants all over the United States, and not admitting that there is a problem with illegal immigration, I doubt that the government will be aiding those affected anytime soon.

At a young age, I learned to keep my hands to myself when I was walking through stores because if I broke something, my parents would then have to pay for it. Even through adulthood, I noticed that most stores seem to abide by this policy of “you break it, you buy it.”

Now, it is time for the Biden administration to pay for what it, alone, has broken. These farmers, ranchers and landowners deserve it. The rest of the American people do, too.