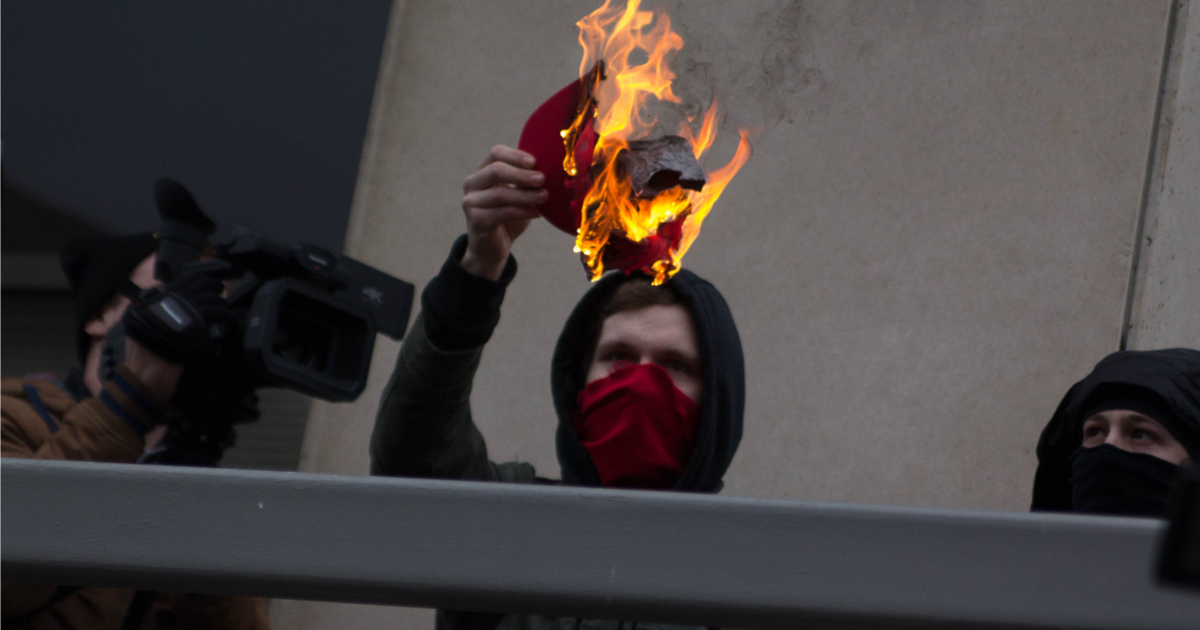 Our nation has been torn apart by political violence over the course of the last two years, as the radicalization of the liberal left continues to accelerate.

The election of Donald Trump to the White House was a trigger for the democrats and their youthful, politically novice base.  They saw the loss of Hillary Clinton in 2016 as some sort of flashpoint – a sign that the end times were upon us.  They believed every insinuation made about the business mogul, from his alleged racism to his purported role as some sort of KGB double agent.

This has sent the left over the edge, so to speak, with violent gangs of domestic terrorists such as Antifa boldly taking to the streets to sow anarchy and chaos.

Now, even two years later, their hate for conservative America still rages, as evidenced by the heinous behavior of their activists in the city of Portland.

Authorities arrested left-wing Antifa protester Hannah McClintock on a harassment charge, and arrested five others on other charges, including interfering with a peace officer and disorderly conduct, the Portland Police Bureau said in a statement.

Film of the incident is difficult to watch.

Portland has seemingly been the epicenter of Antifa activity as of late, with a plethora of the group’s most abhorrent behavior emanating from within the west coast city.

Weather Channel Goes PC with “Snowperson” and Gets ROASTED Online