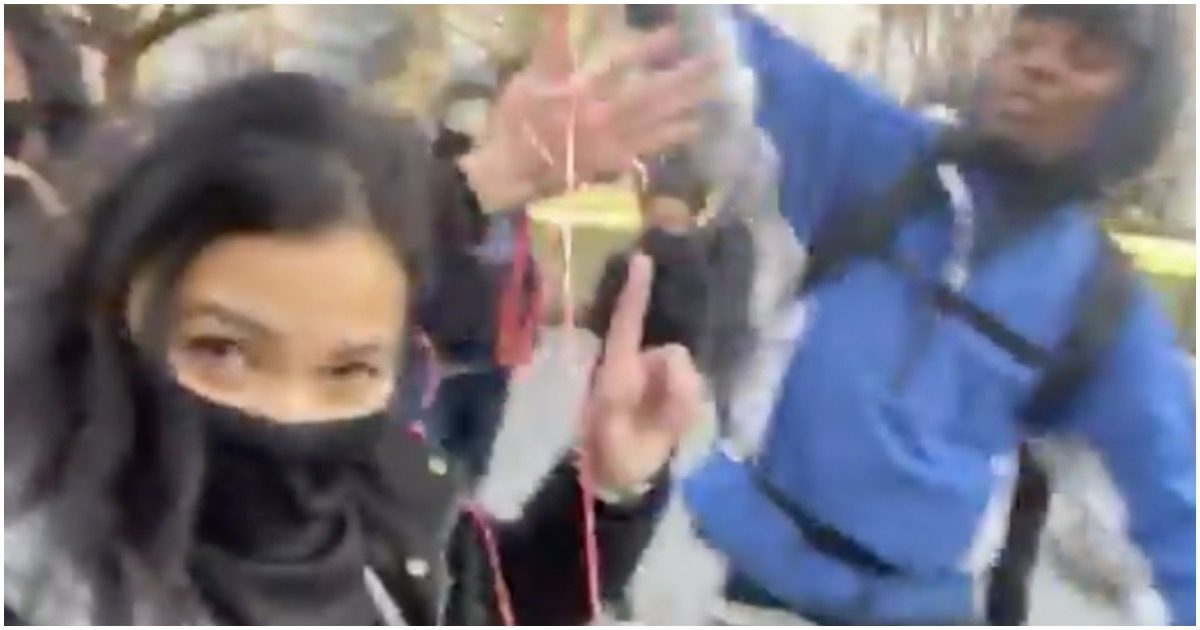 Melania Trump and Ivanka Trump couldn’t make the cover of Vogue over the past four years due to their affiliation to President Trump, obviously. No big deal in the scheme of things, merely Hollywood and the media showing its left-wing bias.

Before she’s even sworn in as vice president, though, Kamala Harris got the cover. A woman who believes killing babies is acceptable.

This is the America we now live in – again.

A large mob of #antifa are currently marching with riot gear in the streets of New York City. pic.twitter.com/28CuKsgHJR

Footage caught across of when I was trying to get away, and I’m screaming to get off me, they hitting me with the umbrella and then knock my equipment, when I picked it up they smashed the egg and hit me in the head, then knocked my phone off. #BLM #Antifa #TrumpSupporter #NYC pic.twitter.com/JOh3t2QGeM

Running to the cops for help. They tell me she’s a Nazi part of the Polish American Brotherhood. 😳 https://t.co/tpQhZJc3qT pic.twitter.com/qdw0lse1dg

I ran to the #NYP for help they told me to stay 6 feet from them and let me be attacked. pic.twitter.com/otVQaY9R0V

Attacked at a #BLM #Antifa #NyC rally, smashed egg in my head, hit with umbrella, spat on, knocked with a skateboard as the crowd says don’t protect her she’s for Trump. pic.twitter.com/hpSTdIaZt2

AOC: Nearly ‘Half of the House’ of Representatives Was Close to Death During Capitol Riot