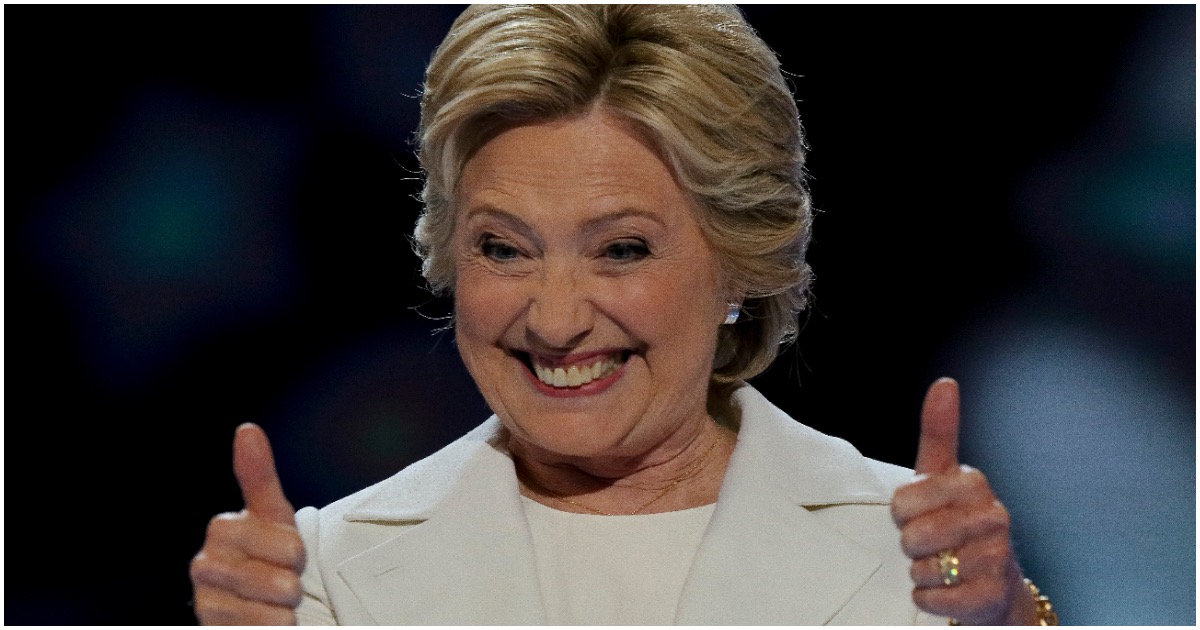 Hillary Clinton is a self-described feminist.

It would be a little hypocritical of her to fundraise for a Democrat Senator accused of sexual impropriety, wouldn’t it?

She did it anyway.

Clinton will be the featured guest at a Menendez fundraiser this weekend, heading a $500 to $5400-per-plate dinner at the Liberty Steakhouse, NJ.com reports. She’s there to lend star-power to Menendez’s re-election campaign which is lagging behind previous campaigns.

New Jersey’s Bob Menendez also recently had a mistrial in a corruption case.

Menendez, 63, a longtime fixture in the state’s political circles who first joined the Senate in 2006, was accused of accepting private flights, campaign contributions and other bribes from a wealthy patron, Florida ophthalmologist Salomon Melgen, in exchange for official favors.

The hung jury was a victory for Menendez and a major setback for federal prosecutors in what was the Justice Department’s first high-profile corruption trial since a U.S. Supreme Court decision last year limited its ability to bring such cases.

One juror, Ed Norris, told reporters the panel was split 10-2 in favor of acquittal, which could discourage the government from pursuing a second trial.

It was not immediately clear whether prosecutors would seek to retry Menendez, who is expected to run for re-election next year. In a statement, the Justice Department said it would “carefully consider next steps.”

Unless one is extremely naive, this was Clinton’s way of attempting to further delay Kavanaugh’s confirmation until after the midterm elections, hoping Dems retake the Senate and kick the judge to the curb.

The two-time presidential loser appeared on the anti-Trump late-night show to publicize the paperback version of her book What Happened. Inevitably, the conversation turned to the 36-year-old allegations against the supreme court nominee.

On Friday, Hillary not only called for the FBI to get involved, she also accused Republicans, who are now in a second week of delay, of rushing things.

Republicans are “trying to rush this through to the detriment of the American public who deserves to have answers to whatever charges might be presented,” she said.

“So I’m hoping that at some point there will be an agreement to have an investigation,” she added. “It would be very easy for the FBI to go back and finish the background investigation, to investigate these charges.”

Ben Stein on GOP Hecklers: ‘Exactly How the Nazis Started Out’ [WATCH]