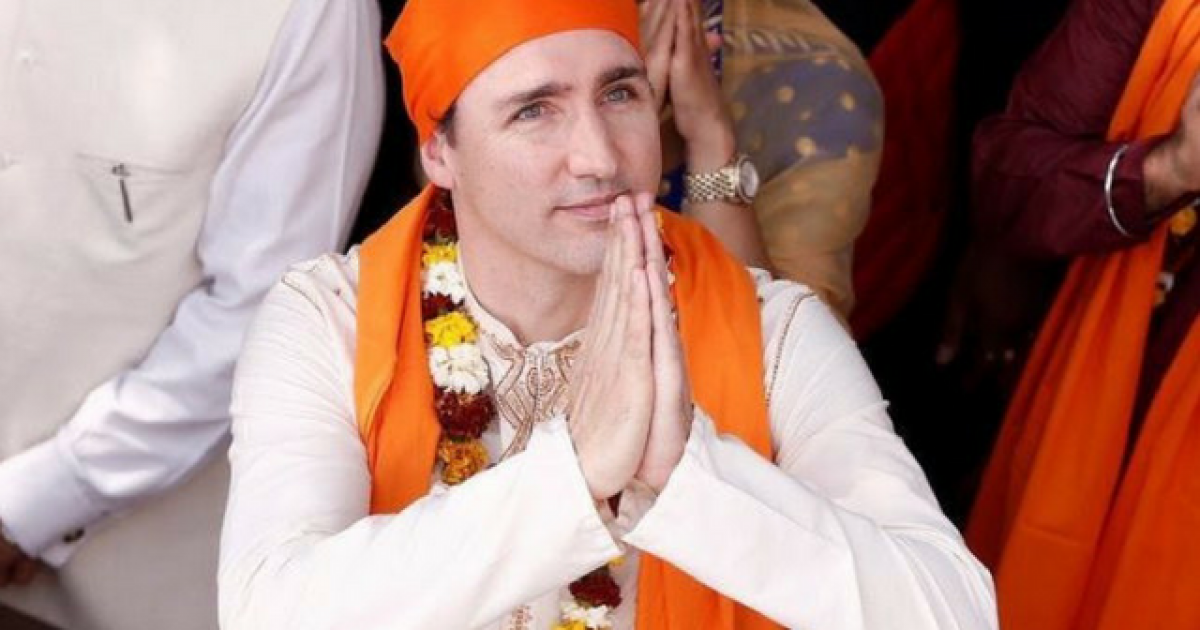 First Eric Schneiderman, the former New York attorney general who not only was a loud voice for the #MeToo movement but actually personally began the process to bring rape charges against disgraced Hollywood mogul Harvey Weinstein only to turn around and resign when it came to light he had been physically and abusing former lovers in a particularly evil fashion.

Now, Justin Trudeau, the insufferable Prime Minister of Canada, has had some bones dug up on his own handsy past.

I have to admit, the schadenfreude is almost unbearable. I mean, this dude is so ridiculous.

This is a guy who proudly calls himself a feminist and lectures parents to raise their sons to be the same, once corrected a far-left radical feminist for saying “mankind” saying “we like to say ‘peoplekind'” WHICH ISN’T EVEN A THING, and has even been so irritatingly self-righteous about feminism he’s been accused by women of the dreaded “mansplaining.”

But it just so happens, in 2000, when Trudeau was nothing more than the son of former Prime Minister Pierre Elliott Trudeau, he groped a young reporter who was on assignment.

We know he did this because he actually apologized for it, saying, according to the Creston Valley Advance (via Breitbart): “I’m sorry. If I had known you were reporting for a national paper, I would never have been so forward.”

This didn’t satisfy feminists at the time.

Here is a slightly better quality image of an editorial in the August 14, 2000 Creston Valley Advance, a local B.C. paper, which claims Justin Trudeau apologized for "inappropriately handling" (or "groping" in the paper's words) a female reporter. pic.twitter.com/fZ748QqWYX

The editorial, largely dismissive of the apology, chides Trudeau over what the author perceives as a lack of self-awareness as the son of former prime minister Pierre Elliott Trudeau.

“[S]houldn’t the son of a former prime minister be aware of the rights and wrongs that go along with public socializing?” theeditorial asks.

“Didn’t he learn through his vast experiences in public life, that groping a strange young woman isn’t in the handbook of proper etiquette, regardless of who she is, what her business is or where they are?”

Interesting that Trudeau had a hard time taking proper account of what he actually did wrong, but has no problem lecturing the rest of the world on how to treat women. In fact, he’s made it a substantial portion of his political platform:

Trudeau, a champion of the #MeToo movement, penned an essay in 2017 urging parents to raise their boys as feminists.

The 43-year-old leader unveiled a federal “gender equity” budget in February to reduce the pay gap between men and women.

Amid tense negotiations with the U.S. on NAFTA and tariffs, Trudeau plans to make gender equality a “top priority” at the G7 leaders’ summit in Quebec this week.

Leftists use female voters like they use minority groups and immigrants. They don’t actually care about these groups, they care about their votes and are fully aware of just how popular the victim empowerment rhetoric is for getting them.

Shame on you, Justin.