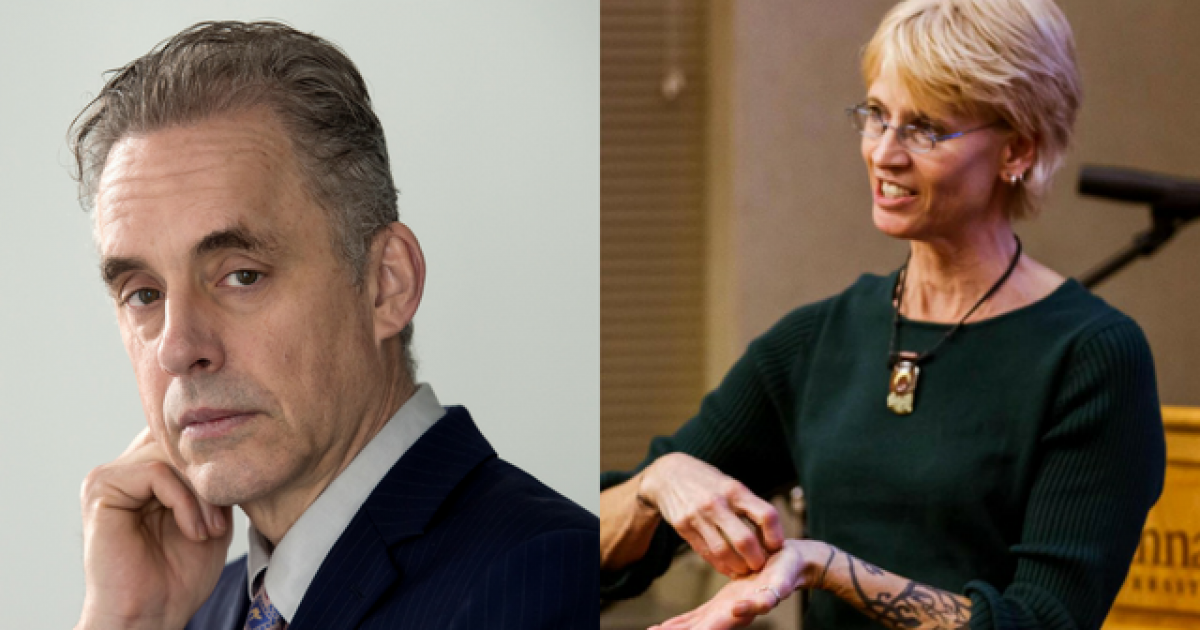 Jordan Peterson is a rising star among conservative intellectuals, and despite his incredibly articulate arguments and vast knowledge base of his field, clinical psychology, many on the left find it more convenient to just throw catchphrase leftist insults at him than fire up the brainpower required to critically assess his incredibly nuanced viewpoints.

Such was the case with one angry feminist professor, who recklessly, not to mention baselessly, attacked Peterson as a “committed white nationalist” and a “misogynist incel”, the latter which is particularly preposterous, as Peterson is married with children and “incel” means “involuntary celibate”, a name used by an offshoot of men’s rights activists who are upset they’re not having more sexual encounters with the opposite sex. 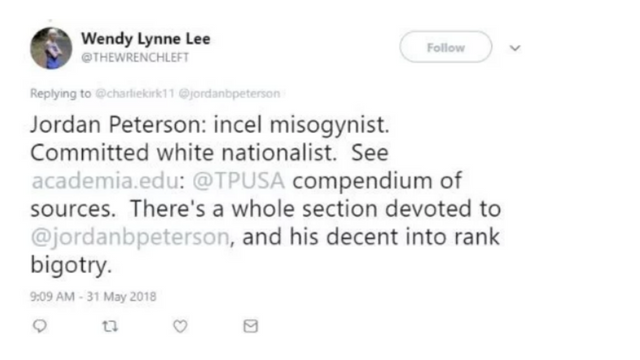 The Daily Wire explains this kind of inflammatory mischaracterization of anyone slightly on the right is right up this woman’s alley, as a left-wing professor:

Though the feminist professor wasn’t willing to preserve her tweet for posterity, she did offer TheDC some follow-up comments on Peterson.

“Jordan Peterson is, as Grant Maxwell puts it beautifully, an ‘intellectual misogynist,'” she told TheDC. “Maxwell shows that Peterson’s reading of Carl Jung is a gross misinterpretation for the sake of pandering to an essentialist and patriarchal worldview: ‘He evidently wants to return to unquestioned patriarchy by paradoxically claiming that “the idea that women were oppressed throughouthistory is an appalling theory.”‘ This is an insidious sleight-of-hand in which, by denying that patriarchal oppression ever existed, men can continue to ignore what many women have been saying for centuries.”

In other words, “anyone who doesn’t agree with me is a big fat meanie!” But isn’t this just the kind of language we’ve gotten used to from liberal professors?

It may be, but according to Peterson, as someone who considers herself an academic, Lee should be ashamed of herself. He was not amused with her tweet, and expertly dismantled her entirely untrue statements in a comment to The Daily Caller:

“It’s clear that [Lee] has decided that it’s entirely acceptable to be careless with her words in relationship to me and my putative beliefs,” he said. “Academics, whose trade-in-stock is words, should know better. She clearly believes (1) that her ill-advised statements are warranted, which they are not, and (2) that such actions, however ill-advised, are acceptable, ethically and factually.”

He continued: “It appears that she is taking her lead from articles like the recent New York Times piece that mischaracterized my views on monogamy. It is not obvious at all where she has acquired the evidence for my existence as a ‘white nationalist source,’ since no such evidence whatsoever exists anywhere. I would counsel those who wish to bring forward such groundless accusations to be duly cautious. Such shots in the dark have a nasty habit of backfiring.”

It is true that when one wants to attack their intellectual opponents, it would certainly be much more effective to stick to the facts instead of fabricate labels because they sound good to SJWs.

But that’s just the problem with these labels the left loves to throw around, they don’t seem to care too much whether or not “racist” “sexist” “homophobic” “misogynist” or “committed white nationalist” is an appropriate title for the person who’s ideas they object to, and this is a very big mistake to make.

The more we throw these labels around, the less they will have any meaning. And if it is still truly wrong to be racist/sexist/misogynist/etc., don’t these people have significantly bigger fish to fry than a Canadian clinical psychologist?

They do–in many non-Western nations across the country in which women still live in the virtual dark ages. But if we pointed that out, we’d just get called “Islamaphobic”, now, wouldn’t we?

So Far, North Korea Is Following Through on Promises to Trump