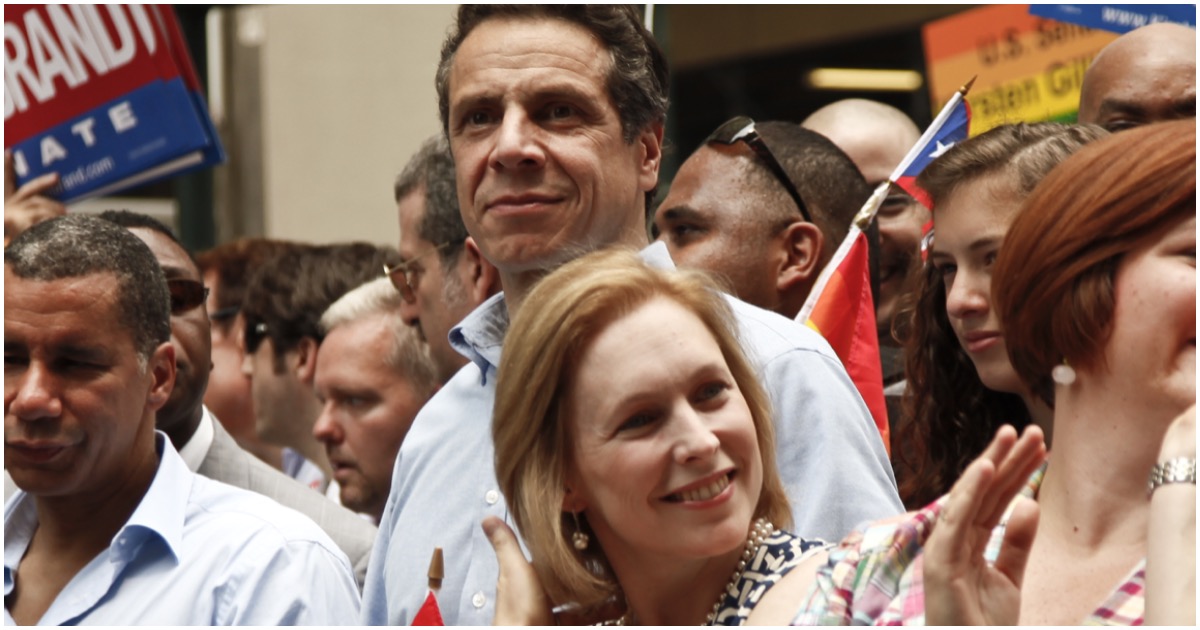 Maybe she’s aiming for a lucrative book deal down the line.

Now, a fourth participant has entered the race…

No senator voted against as many Cabinet nominees as Gillibrand in the early months of the Trump administration, winning her praise from the rising “resistance” movement opposing the president. After she called for Trump’s resignation in December 2017, Trump targeted her with a sexually suggestive tweet, saying that Gillibrand “would come to my office ‘begging’ for campaign contributions not so long ago (and would do anything for them).”

Julian Castro is running for president in 2020, undoubtedly with a goal of undoing everything good Donald Trump has done since taking office.

Wouldn’t that be fun?

Does the guy honestly think he’d stand a chance?

"Somebody does need to challenge the President," from within the GOP in 2020, outgoing Republican Sen. @JeffFlake, who did not rule out running himself, tells Jim @Acosta. "[T]he country needs to be reminded what it means to be conservative… and what it means to be decent." pic.twitter.com/6zi0S8z6ig

Who could forget her epic coughing fits out of thin air?