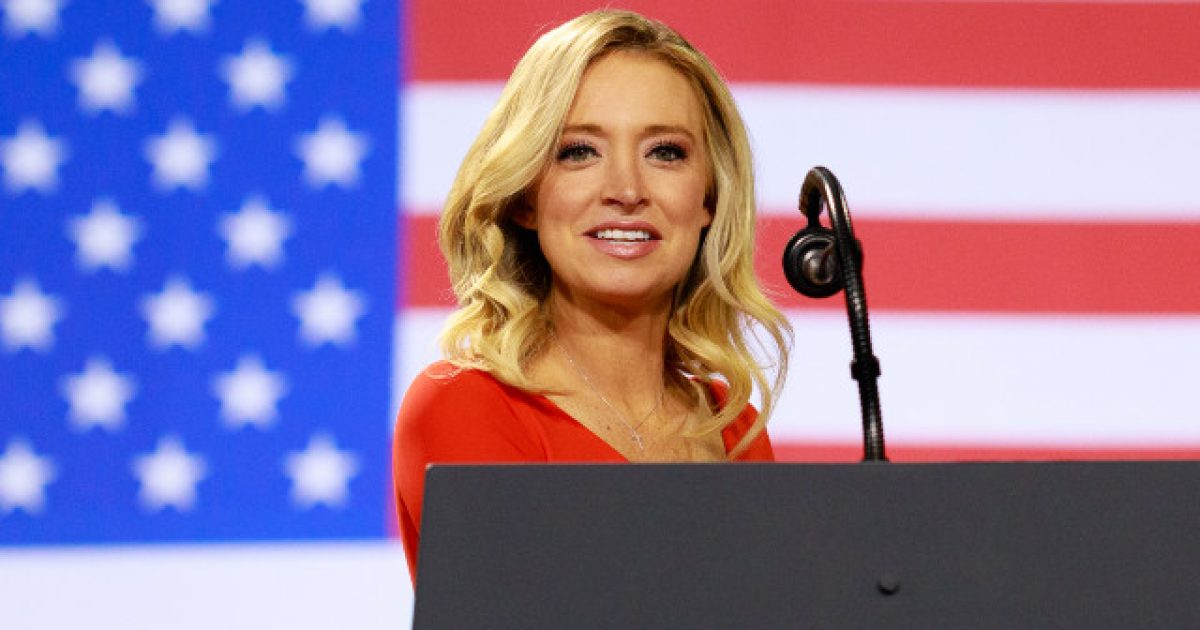 White House Press Secretary Kayleigh McEnany made an appearance on Fox & Friends where she addressed reports in the media about President Trump being upset over the way his Tulsa rally unfolded over the weekend, saying those reports are not true.

Of course, it’s not all that surprising that the mainstream media would be looking for something to undermine the way things happened this weekend to try and make both Trump and his base appear weaker than they actually are. Such is the way the propaganda machine of the modern press works.

“The president was not angry at all. The president was quite energized. I was with him after the rally. It was a huge success. His speech got rave reviews. He was in good spirits on Marine One,” she said before defending the pushback by co-host Steve Doocy.

The attendance at Saturday night’s rally was well below expectations, which reportedly rankled the president.

“I wouldn’t be surprised if somebody gets fired over this,” Axios White House reporter Jonathan Swan reported. “This rally was not the rally they had planned, and it’s not the one [Trump] expected.” In an appearance on MSNBC, Swan added that outside advisers are “already speculating about the firing of people over this.”

NBC News is one of the organizations that has reported Trump as being “furious” over the “underwhelming” crowd size. President Trump was apparently expecting a million people to be at the event, but according to the Tulsa Fire Department, only 6,200 showed up to the rally.

The campaign had things in place to accommodate an overflow crowd, but all of those preparations were cancelled after the crowd they anticipated didn’t show up.

Users of social media apps like TikTok, along with fans of K-pop music groups claim they are responsible for making tons of fake requests to attend the event, pulling a massive prank on the Trump administration. However, the Trump campaign says that folks didn’t show up because of coronavirus, the media, and other protesters like those in Black Lives Matter, who have been rioting and looting for weeks now.

Brad Parscale, Trump’s campaign manager, said, “The fact is that a week’s worth of the fake news media warning people away from the rally because of COVID and protesters, coupled with recent images of American cities on fire, had a real impact on people bringing their families and children to the rally.”

There’s no doubt that coronavirus and the protesters played a huge role in why people didn’t show up. Folks are still scared of catching the illness, which is understandable given how the media has reported on it and fear mongered during the pandemic.

Here’s to hoping his future rallies are more successful.

ICYMI: DA Said Taser Was ‘Deadly Weapon’ Just Days Ago, But Firing Taser At Cops ‘Not A Threat’