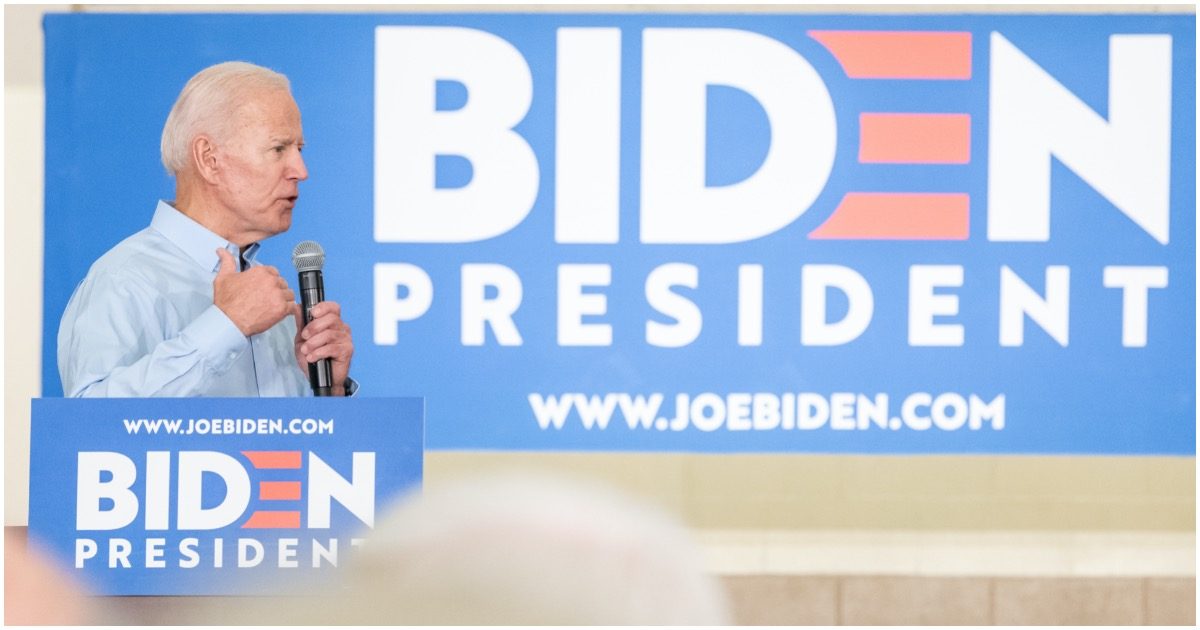 During the Democratic national convention, there was not one mention of the violence played out on the streets of city after city. Not one Democrat suggested that it should stop. It wasn’t until CNN’s Don Lemon told Democrats and us that continuing the riots and looting would actually benefit Donald Trump. The news anchor said, “Evidence is showing up in the polls that America is angry about this.” He suggested, “that the violence needs to stop.”

When Biden finally came out of his basement, he was interviewed. When questioned about the riots, looting, and the National Guard being called out, he said, “For the last four years we weren’t having riots, racial riots.” He went on to say, “When they occurred, we didn’t have to call in the National Guard.” Given his statement, either no one fact-checked what Biden said, or the leader of the Democratic Party flat out lied to the American people, figuring they would never check the accuracy of the statement.  Biden says they didn’t occur in the first sentence, and in the second sentence, he says, “When they occurred.” Mr. Biden, which is it? Either they did, or they didn’t? Never mind, we have the answer.

Here is what the Democratic candidate for president did not tell the American people. There were at least 5 Obama riots, Oscar Grant riots, Trayvon Martin violence, Manuel Diaz violence, Kimini Gray riots, and the Baltimore riots. Additionally, 5 Dallas policemen and 3 Baton Rouge policemen were murdered during Obama’s open season. Now, how about sending in the National Guard to the following cities: Baltimore, Ferguson, Oakland, and Charlotte.

There has to be something wrong with the Biden Campaign. One would think that someone had to vet what he says, or at least the general content of what he is saying in public. Is it possible that Biden believes he can do it himself and doesn’t need any help? Do you remember the one statement that sank Hilary’s campaign? She made the statement on September 9, 2016 when she said, “You know, to just be grossly generalistic, you could put half of Trump’s supporters into what I call the ‘basket of deplorables.’ Right? (Laughter/applause!) They’re racist, sexist, homophobic, xenophobic, Islamophobic – you name it.” She much later suggested in her book that this one statement hurt her chances of being elected.

Joe Biden also has made some big mistakes. The one that I believe will haunt him in the November election is, “If you have a problem figuring out whether you’re for me or Trump, then you ain’t black.” Biden said this on May 22, 2020, and later in the day, he tried to walk it back. What he did was an old trick in the Democratic playbook. You make a statement to try and intimidate a group of people, and if you are forced to backtrack, try and apologize.

So, what did the apology sound like: “I know that the comments have come off like I was taking the African American vote for granted? But nothing could be further [from] the truth.” Biden said. “I’ve never ever done that, and I’ve earned it every time I’ve run. I was making the point that I have never taken the vote for granted. And in fact, I know to win the presidency, I need the African American vote.”

His campaign had to try and walk it back because what he said offended the Black community. I can only conclude that no one has control of Joe, not even Joe. Joe cannot be trusted to answer questions without scripting, and I’m not sure that his mind can take a great deal of rehearsal. The leadership of the Democratic Party should be very concerned about the upcoming debates.

I believe they have made another mistake in that they believed the polls. Because Biden was so far ahead, he could stay in his basement and win. Why take the risk to go outside and risk another gaff just before the election. Also, the contrast between the two conventions really hurt the Democrats and it is showing up in the polls. The Hill reported that, “President Trump‘s support among black voters rose 9 percentage points to 19% amid the Republican National Convention, a new Hill-HarrisX poll finds.” The Democrats need at least 85% of black voters to win the presidency. From the improvement during the RNC, it may be higher than 19%, which is not good news for Biden.

Nancy Pelosi suggested twice this past week that Joe should withdraw from the debates. Perhaps the party leadership have concluded that they might have less damage if he doesn’t participate in the debates. I believe the voters will turn on Biden in a big way if he walks from the debates.

One final point on polling data. In 2016 I wrote one of the first articles exposing the imbalance in the poll selection. In a future commentary I will share with you the balance or lack thereof in this election’s polling data.

Dan Perkins is a published author of 4 novels on nuclear and biological terrorism against the United States and is a current events commentator for over 20 news blogs. He appears on radio and TV between 40 and 60 times a month, depending on the news cycles, and on about 1,400 radio stations and TV networks. He is either a guest host or host on 4 weekly syndicated talk shows. Dan’s newest show is called “America’s Cannabis Conversation” on the W420radionetwork.com, a new show that broadcasts Saturday each week at 4:20 PM local time. More information on Perkins can be found at his web site danperkins.guru.

Jacob Blake’s Sexual Assault Criminal Complaint Is Made Public, & It Is Graphic — Details