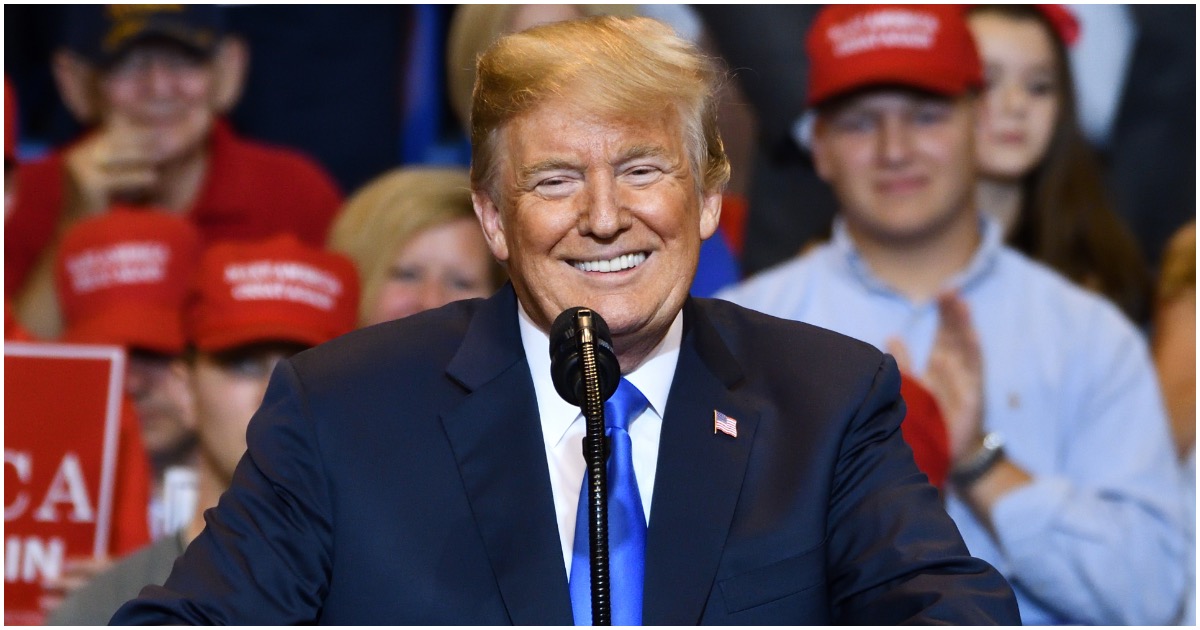 Donald Trump has a nickname for everyone who disagrees with him.

The first of what promises to be many Democrats to announce their bid for the presidency has just filled out paperwork, and Trump is already onto him.

Even before Democrat Richard Ojeda filed to take him on, President Trump had already managed to give the presidential hopeful a nickname: “stone cold crazy.” To make things even more fun, though “JFK with tattoos and a bench press,” as ABC notes he’s called, is now officially running against Trump, he voted for him back in 2016.​ ​

Richard Ojeda ran for Congress in West Virginia this past election cycle.

Ojeda: “In the last 19 months while running for office in southern West Virginia, we received countless phone calls, e-mails, and messages from people all across the United States of America that educated me that the problems we have in southern West Virginia are the same problems that we have in the Southside of Chicago, in Flint, Michigan, in the Bronx, New York, the Rio Grande Valley and believe it not even places like Silicon Valley.”

Ojeda said the first pillar of his platform will be fighting Washington corruption by imposing caps on how much elected officials can make. He also called on officials to donate to charity any of their net worth over $1 million. After running on pledges to serve the people, he said, too many elected officials end up amassing “millions upon millions of dollars” and looking out for themselves. He aims to force them to put their money where their mouth is.

Other possible contenders in 2020:

Jeff Flake is not ruling out a GOP primary challenge to President Donald Trump in 2020, telling Politico and The Hill Friday that “somebody needs to run.”

The retiring senator from Arizona said he hasn’t yet decided whether that “somebody” will be him.

Flake will partner with Democrat Sen. Chris Coons to get back at Trump.

Jeff Sessions did the right thing by recusing himself nearly two years ago. He has paid a heavy price for his independence ever since. We owe him a debt of gratitude.

Maxine Waters’ Daughter Will Make Over $200,000 For Campaign Operation (Details)