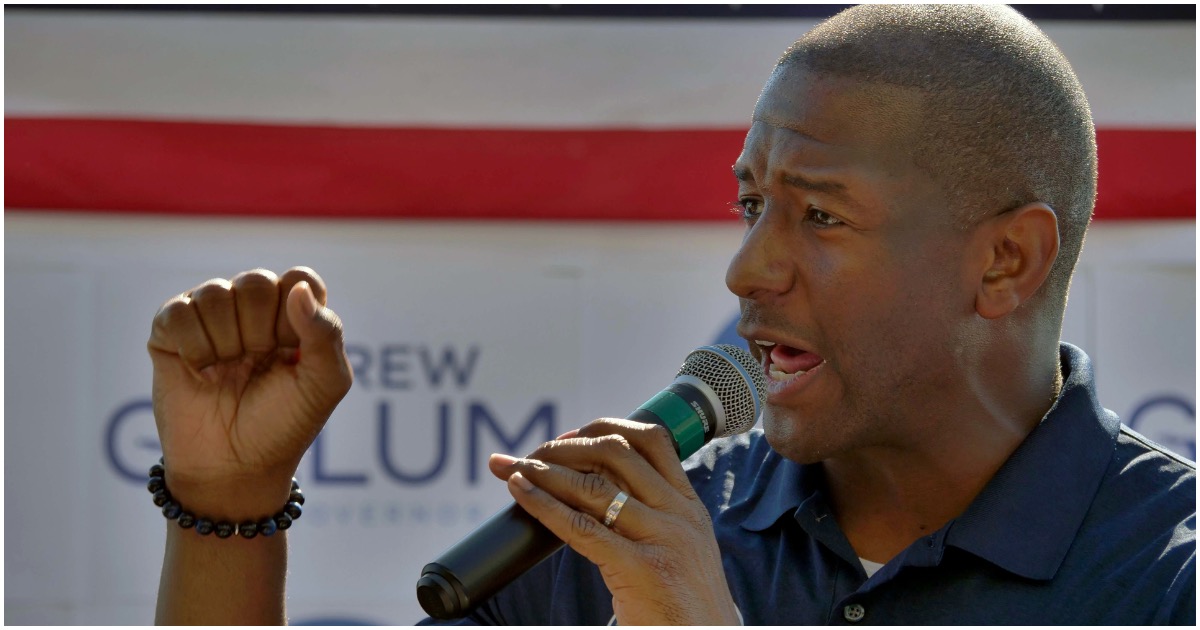 It’s merely a formality at this point after votes have been recounted for the umpteenth time.

Also, Floridians finally know who their next governor will be.

Over four million people who voted for Democrat Andrew Gillum will be heartbroken.

Andrew Gillum, the Democratic gubernatorial candidate in Florida, conceded to his Republican opponent, former Rep. Ron DeSantis, on Saturday, ending a protracted fight that saw the Tallahassee mayor take back his Election Day concession during a statewide recount.

The concession ended Gillum’s first bid for statewide office in Florida, but the run — despite his loss — vaulted the 39-year old politician into the upper echelons of Democratic politics.

I want to congratulate @RonDeSantisFL on becoming the next Governor of the great state of Florida. My wife R. Jai and I could not be prouder of the way we ran this race. We could not be more thankful to my running mate, @ChrisKingFL and his wife Kristen.

Most importantly, from the bottom of my heart, I want to thank you for being part of this campaign. I wouldn’t be here without the support that was shown by millions of Floridians. I encourage y’all to keep fighting for what we believe in.

We are going to keep fighting. We will keep working. And in the end, I believe that we will win. I am so thankful to each and every one of you. pic.twitter.com/fWCKQysGmZ

What Americans can glean from this race and many others during the 2018 midterm elections is that 2020 is going to wild, and probably just as close for many Republicans.

If President Trump is victorious two years from now, the margin of error will most likely be extremely tight.

Nelson’s and Gillum’s lawyers fought for a non-citizen’s vote to count.

A transcript obtained by the Daily Caller News Foundation of a Palm Beach County Canvassing Board proceeding revealed the exchange between the Democratic lawyers and the judge.

.@lukerosiak: A Democrat lawyer tied to past election scandals is now involved in the Florida recount pic.twitter.com/j0XTqFn10N