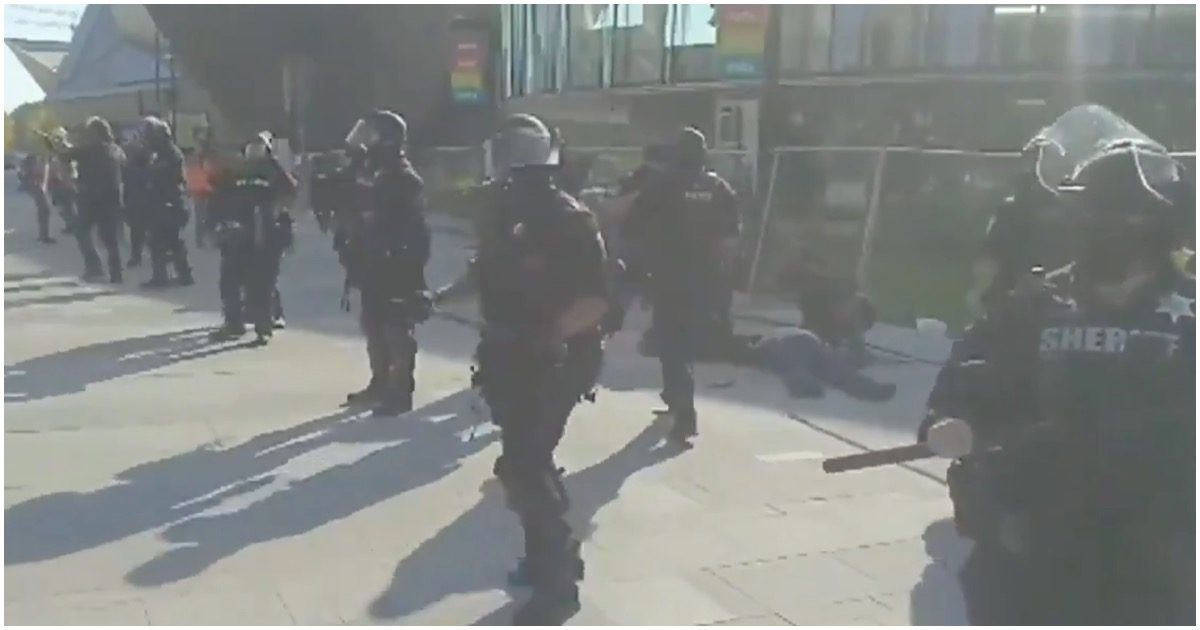 *Originally published October 2020* At an event in Denver, a Trump supporter was shot in the face, point-blank. The man was apparently defending himself from radical Antifa liberals.

As you’d expect, the future Biden voters cheered when they learned the deceased man was a supporter of the president’s.

Because that’s who these people are.

DENVER (CBS4) – Denver police took two suspects into custody after a shooting in downtown Denver on Saturday. The shooting happened as hundreds gathered for two different protests and rallies.

Police say one of the suspects is being held in direct connection to the shooting. The second person taken into custody was apprehended for different allegations, police say.

Check all of this out…

This is allegedly the suspect in the Denver shooting. 👀👀 pic.twitter.com/8ADbq7QhME

Update: Further investigation has determined the suspect is a private security guard with no affiliation with Antifa. Additional information will be released as it becomes available.

ICYMI: Obama Says He Didn’t Pursue Reparations Due to ‘Politics of White Resistance’