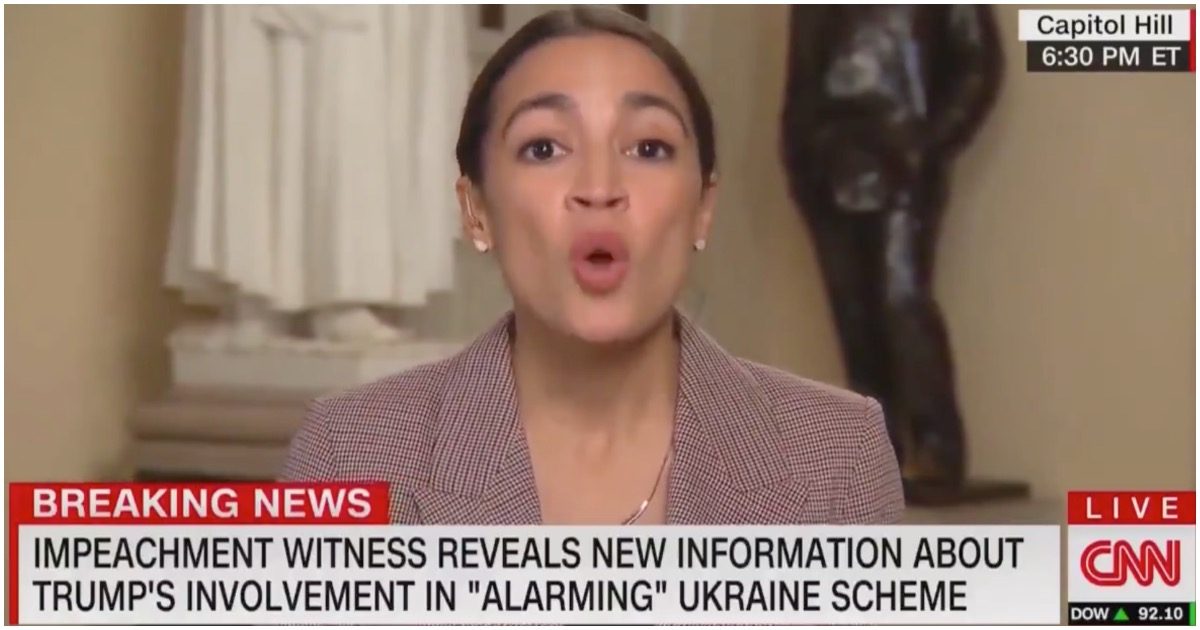 In case you haven’t heard, Bernie Sanders said Alexandria Ocasio-Cortez would be a key part of his administration if he gets to the White House. Just something for you to keep in mind and share with every single person you come into contact with.

That alone should be enough to end his candidacy.

Now, to this story. AOC just admitted what all conservatives have been thinking for quite some time. The impeachment fiasco surrounding President Trump is happening in order to “prevent” him from winning re-election.

On Wednesday’s broadcast of CNN’s “The Situation Room,” Rep. Alexandria Ocasio-Cortez (D-NY) said today’s public hearing in the impeachment inquiry of President Donald Trump was ”not just about something that has occurred.”

She said it was instead “about preventing a potentially disastrous outcome from occurring next year.”

She stated, “We also need to move quite quickly because we’re talking about the potential compromise of the 2020 elections. And so this is not just about something that has occurred; this is about preventing a potentially disastrous outcome from occurring next year.”

You have to give credit where it’s due, regardless of political ideology. Democrats struggle with even that simple concept. For example, ISIS leader Abu Bakr al-Baghdadi would absolutely still be alive today were it not for Trump giving the order to take him down.

Rapper Lil Wayne: We Shouldn’t Blame All Cops or ‘Entire Race’ for the Death of George Floyd