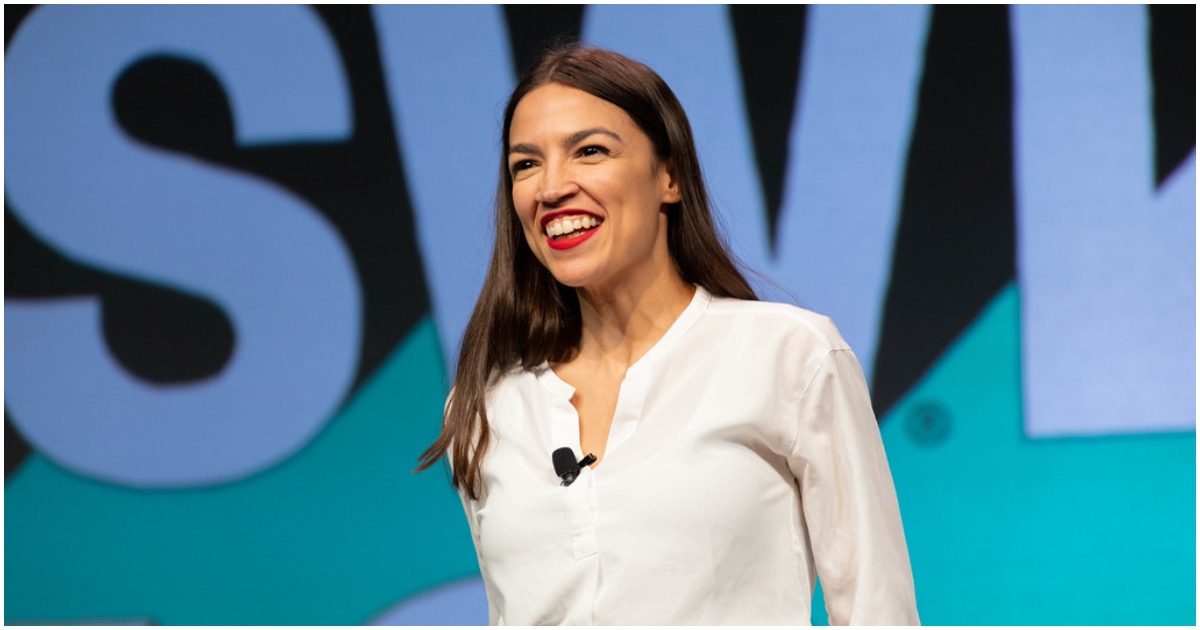 2020 Democrat presidential hopeful Bernie Sanders (VT) was pretty happy to have received the endorsements of Alexandria Ocasio-Cortez (NY), Rashida Tlaib (MI), and other equally far-left politicians. Not because it will do anything for his polling numbers, but because he knows he needs uninformed people like AOC to convince millions of other uninformed Americans to lean his way.

It’s the blind leading the blind.

At a recent event for Sanders, Ocasio-Cortez made a claim that is relatively accurate regarding fascism. The problem is that she thinks the Republican Party is behind the trend.

She couldn’t be more wrong.

Rep. Alexandria Ocasio-Cortez said America was turning into a fascist society in response to a heckler at a Bernie Sanders rally.

“It is fascism that we’re evolving into,” the New York Democrat told the disrupter in Los Angeles Saturday before admitting the distraction had her “thrown off.”

On Bernie’s potential “revolution,” AOC claimed, “This is about a movement that has been decades in the making. We can’t go back to the way things were before, because the way thing were before is how we got to where we are now. We cannot go back to a world where the rich are put first and working people are put last in Washington day in and day out.”

You have to give credit where it’s due, regardless of political ideology. Democrats struggle with even that simple concept.

For example, ISIS leader Abu Bakr al-Baghdadi would absolutely still be alive today were it not for Trump giving the order to take him down. That’s just a fact. It’s simple.

Actor Rob Reiner: ‘Sociopath’ Trump Must Resign for the Safety of ‘Our Citizens,’ & America