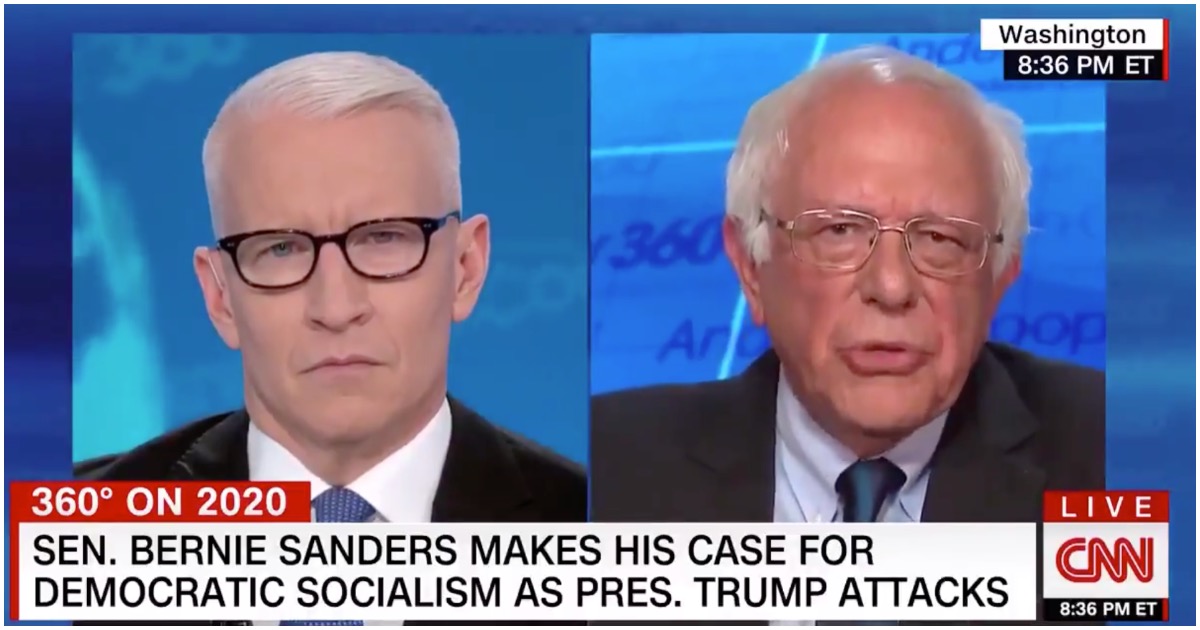 Do you want to pay more in taxes? What if it meant the government completely took over healthcare? Would you be interested then!?

Democrat Socialist Senator Bernie Sanders (VT) seems to think “a lot of people” would absolutely love it. No joke. The 2020 presidential candidate actually said these words. From Daily Wire:

About the post office losing a boat load of money, via Reason:

The U.S. Postal Service lost more than $2 billion during the second quarter of the fiscal year, putting it on track to finish the current year more than $7 billion in the red—way worse than the nearly $4 billion in losses it posted last year.

In its quarterly fiscal report, published today, the Post Office reported small decreases in mail volume and overall revenue compared to the same quarter of 2018. Its big losses are driven by a sharp increase in expenses, primarily workers’ compensation costs, pension liabilities, and payments for retirees’ health benefits.

Check out their super awkward hug…