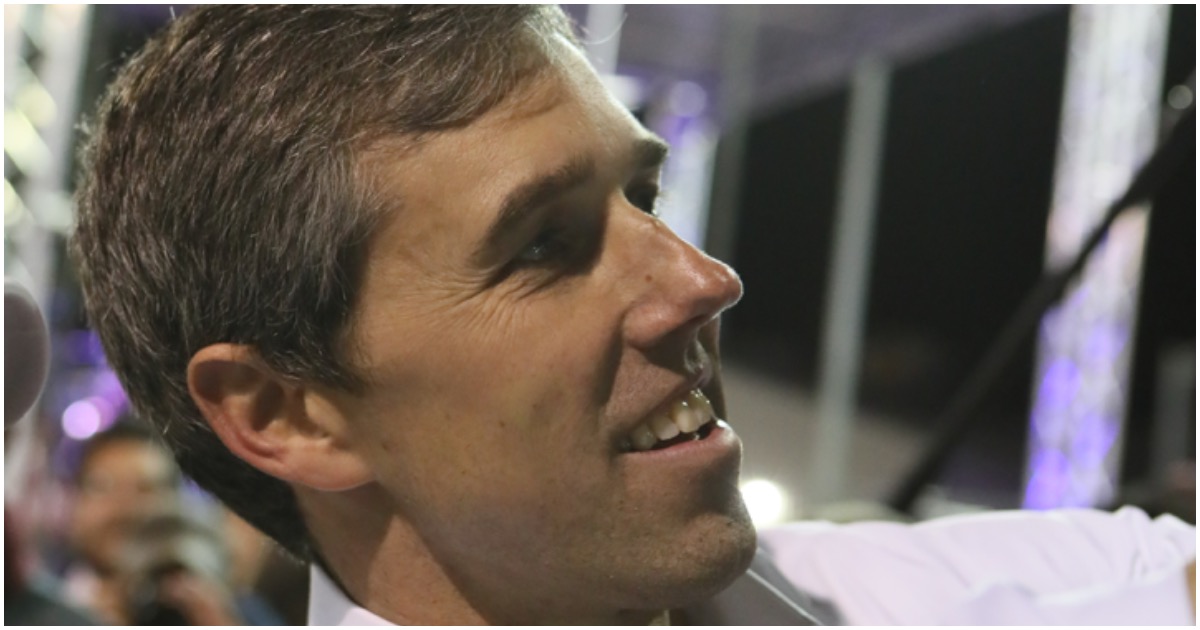 A new report is claiming that 2020 presidential candidate Beto O’Rourke would eat dirt and “torment” his wife with Psycho-like shower scenes.

A new profile piece from The Washington Post on Democratic presidential candidate Beto O’Rourke documented multiple instances of highly disturbing behavior from the failed Senate candidate, including eating dirt and taking poop from his kid’s diaper and putting it into a bowl and telling his wife that it was an avocado.

The piece specifically focused on Beto’s marriage to his wife Amy, who indicated that she was not exactly thrilled to be in a marriage that was so heavily involved in politics.

More on the “tormenting,” per Free Beacon:

Beto O’Rourke is quite the prankster, according to a recent profile in the Washington Post. The former congressman and failed Senate candidate proposed to his wife on April Fool’s Day, for example. His wife, Amy, found it appropriate, given his “impulsive and puckish” nature, which according the Post compels O’Rourke to dabble in all sorts of zany hijinks around the house—from reenacting famous scenes from horror films, to using his children’s excrement as a prop to “prank” his wife:

And then there were the pranks: the remote-controlled cockroach in the kitchen, the “Psycho”-style scares in the shower. One time, according to a friend, Beto collected an especially verdant turd from one of their kids’ diapers and put it in a bowl, telling Amy it was avocado. (Neither would confirm this, though Beto did allow it sounded like something he’d do.)

O’Rourke probably stands as good a chance to become the 46th president of the United States as Hillary Clinton.

More likely than not, either Senator Bernie Sanders (I-VT) or former Vice President Joe Biden ( when he declares) will wind up securing the Democrat Party nomination.

That would mean President Trump versus Bernie or Biden, with Beto an afterthought.

More likely than not, though, O’Rourke will secure a lucrative book deal and cushy commentator gig.

What’s interesting is that Democrats on both MSNBC and CNN are already saying they are “fed up” with Beto.

.@CapehartJ: You ask Mayor Pete [Buttigieg] any question on any issue and he will give you without any ums or ahs. I would love to see the kind of the kind of substance we are getting from Mayor Pete come from Beto O'Rourke. #AMJoy pic.twitter.com/f0I7gk0rmS

An undercover video revealed that Beto’s team was using campaign funds to aid the migrant caravan that made its way through Mexico to the United States.