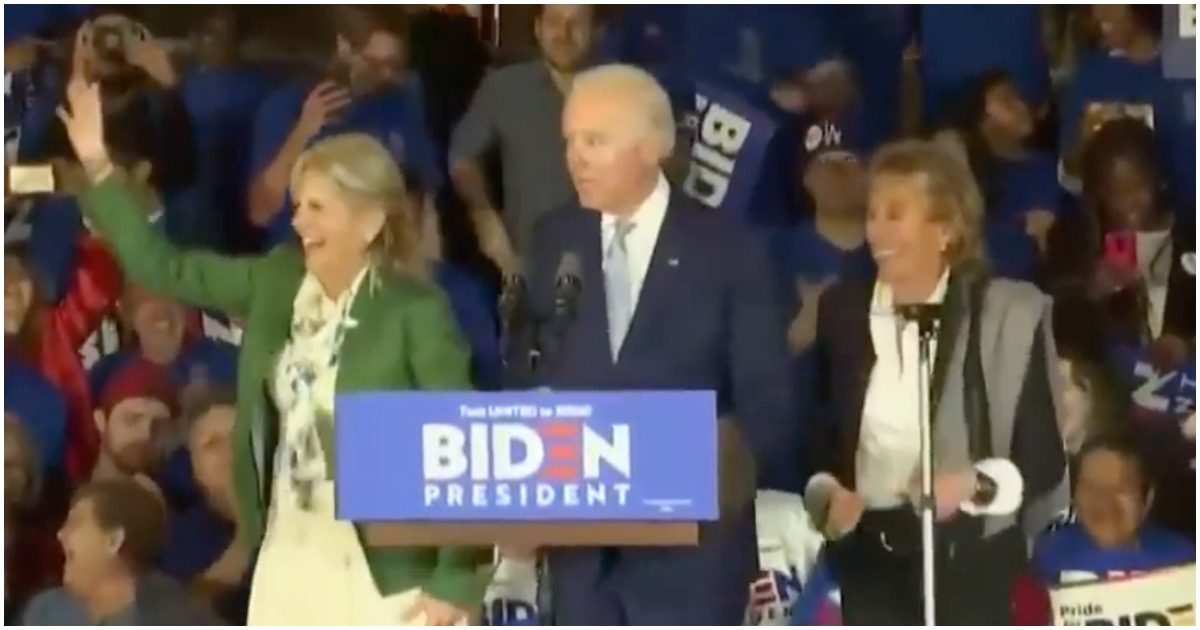 Despite a bundle of wins on Super Tuesday, 2020 Democrat presidential candidate Joe Biden can’t seem to get it together. For a couple of weeks it seemed as though Bernie Sanders would run away with the liberal party’s nomination. Now, not so fast.

During a victory speech on Tuesday night, Biden confused his wife for his sister and his sister for his wife. Just another day in Bidenville.

Former Vice President Joe Biden’s campaign is looking to capitalize after a tremendous Super Tuesday, picking up new endorsements, raising big money and setting out for Missouri and Mississippi, where voters will cast ballots on Tuesday.

Biden got an immediate boost when former New York City Mayor Michael Bloomberg dropped out of the race and endorsed him. The billionaire businessman, who spent more than $500 million on his own campaign, promised to do whatever he could to make Biden the next president.

The Biden campaign, which was strapped for cash only one week ago, raised $15 million in the three days after the South Carolina primary. The campaign said it’s experiencing a “tremendous surge” in online fundraising since Super Tuesday and would look for opportunities to expand its operations.

Is Biden going senile? Check it out below…

“They wanna put y’all back in chains” Biden announced his first move if he becomes president. It’s not good for you or anyone in America but that’s the point.

ICYMI: 50 ATM’s Blown Up With Dynamite In Philly, One Rioter Accidentally Blows Self Up