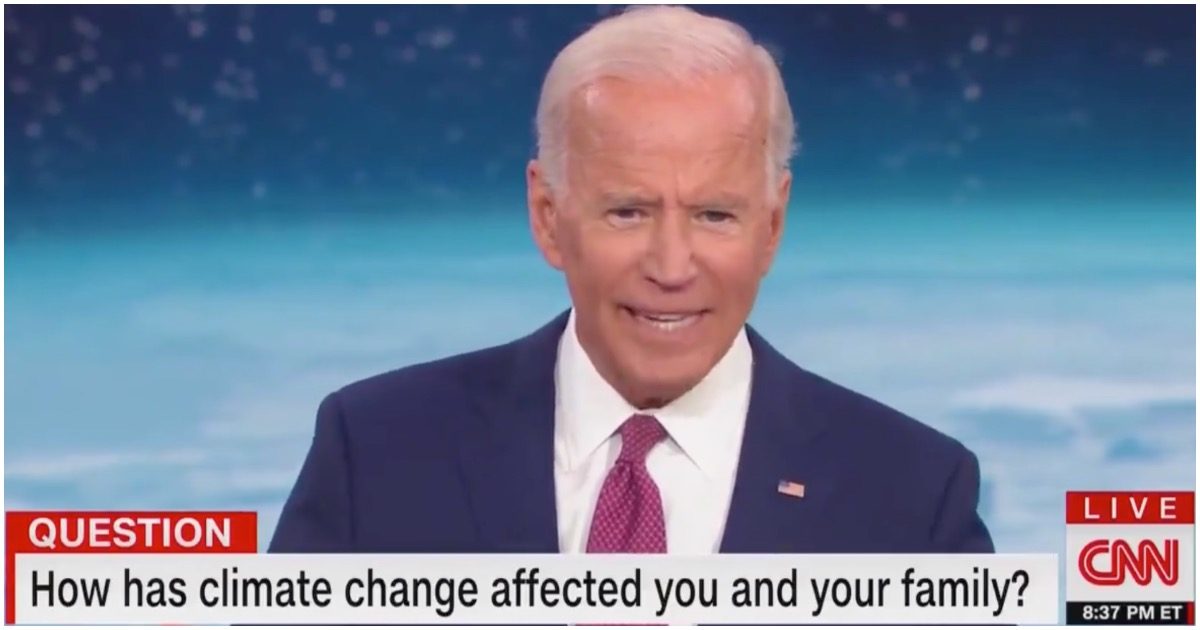 During CNN’s “climate change” town hall on Wednesday night, 2020 Democrat frontrunner Joe Biden said some pretty wacky stuff – even for him. How is this guy polling higher than most of his radically far-left peers?

Democrat presidential candidate Joe Biden suggested without evidence that climate change was responsible for the Darfur genocide and for cancer on Wednesday night during a CNN town hall event.

More from the town hall, via Daily Wire:

Democrat presidential candidate Bernie Sanders suggested that taxpayers should fund abortions in poor countries during a CNN town hall debate on Wednesday night in response to whether he supports population control.

This is absolutely horrifying. pic.twitter.com/B2SBT053mz

These people are all savages.

How dare any of these clowns even think about stepping foot in the Oval Office.

Will Joe Biden be the worst Democrat Nominee in history?

ICYMI: $1200 Stimulus Checks Will Be Sent to 175 Million Americans ‘This Week or Early Next’