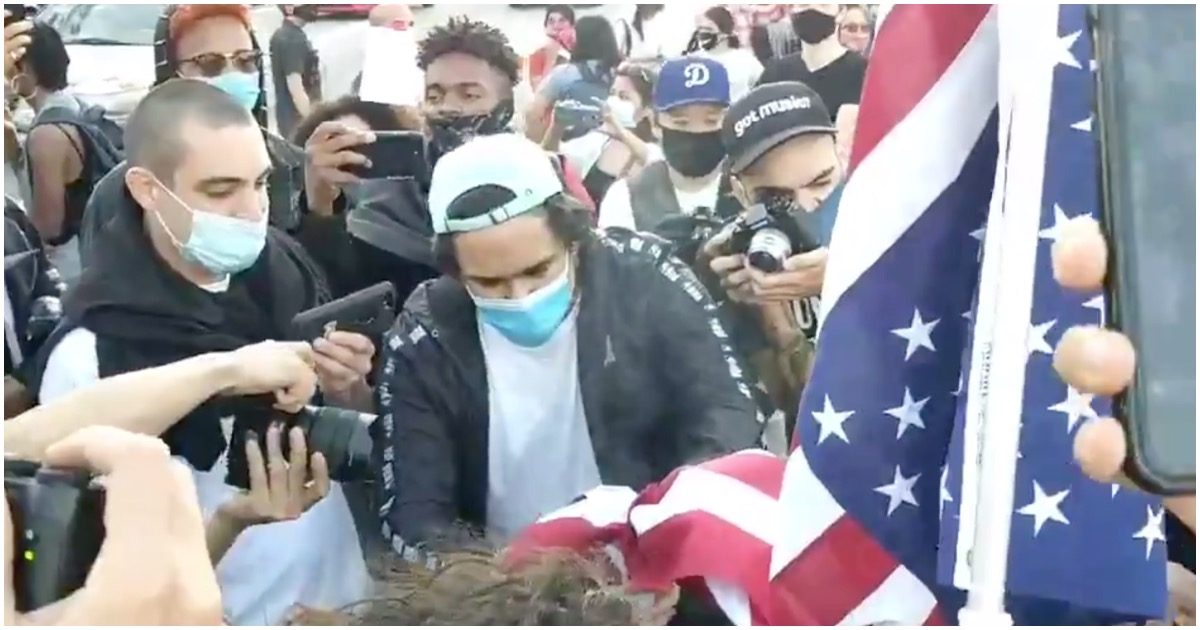 *Originally published May 2020* Even though this flag burning took place in Los Angeles, the reason is due to the death of black man George Floyd in Minneapolis. Floyd, of course, was basically choked unconscious by a cop with an apparent violent past.

It was “egregious, appalling and tragic,” McEnany continued. “He wants justice to be served.” She said that the video prompted Trump to “pick up the phone” while aboard Air Force One and ask the FBI to expedite its investigation.

ICYMI: Biden Would Consider Rotating SCOTUS Justices to Lower Courts If He Wins