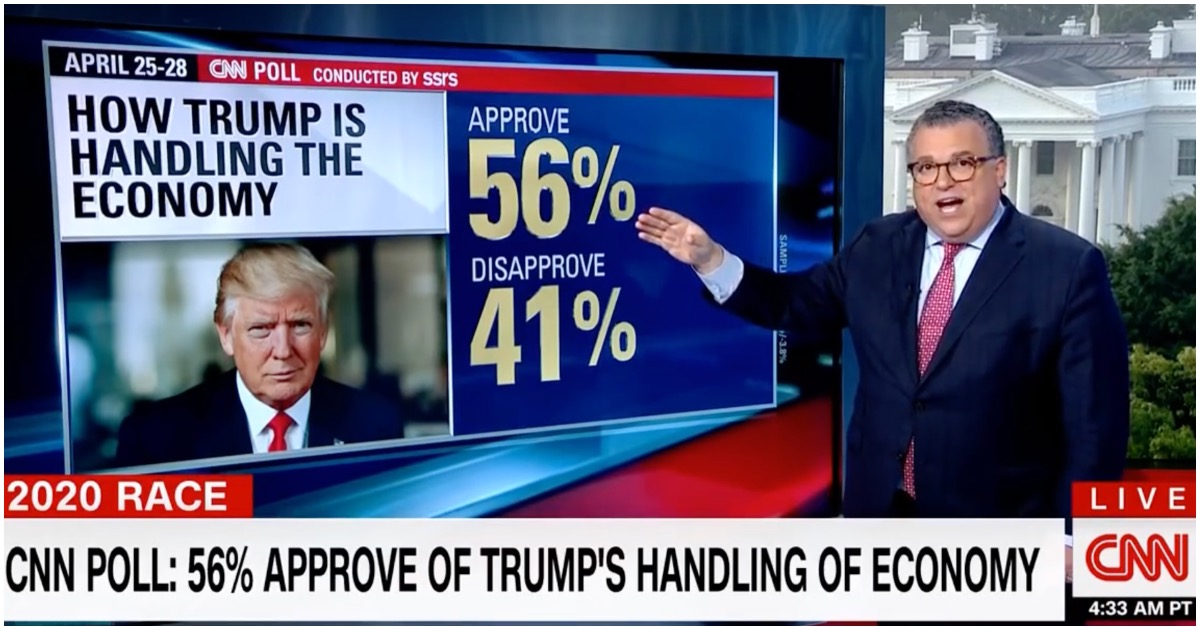 It would seem as though Trump is looking more and more likely to win re-election come 2020, especially when you consider Democrats aren’t thrilled with any of their candidates.

CNN had its lowest primetime weekly ratings overall and in the key age demographic last week, according to Nielsen Media Research.

Enter Trump with the one-word troll:

According to Speaker Nancy Pelosi (D-CA), the “GOP attitude disrespects workers, dishonors our values and damages our economy.”