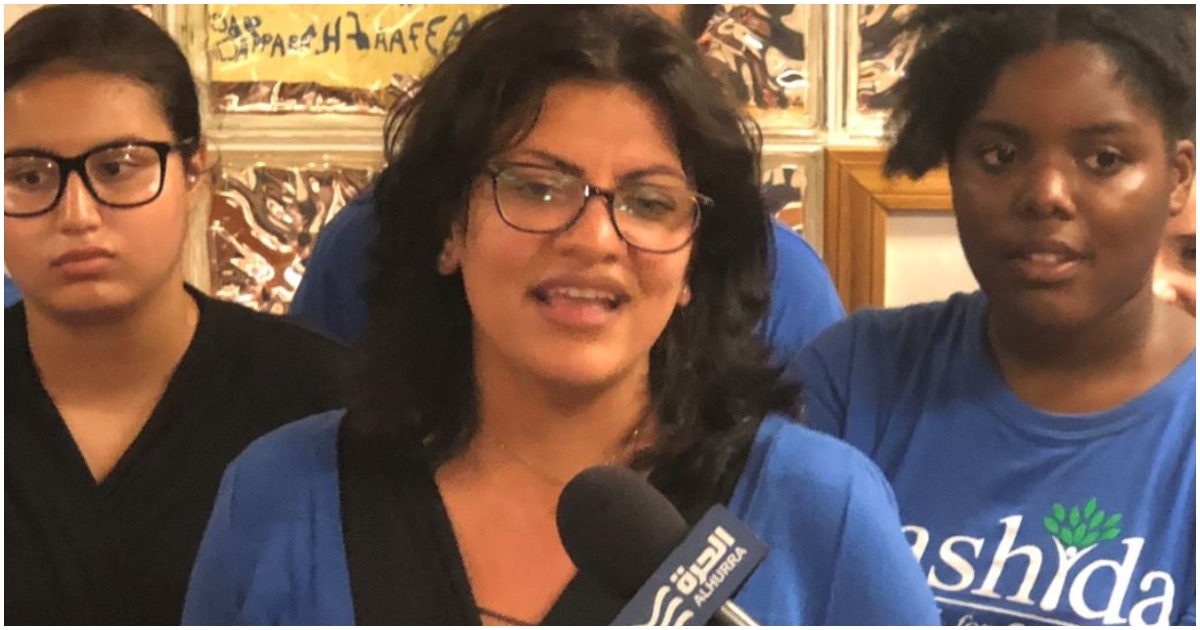 Here’s a story you probably thought, and hoped, you’d never have to read.

A sitting member of Congress, freshman Democrat Rashida Tlaib (MI), recently met with an extreme anti-Israel activist who just so happens to be affiliated with terror.

American Muslims for Palestine (AMP) hosted the annual advocacy and training event, which was open to all adults who “seek justice in Palestine.” Additional criteria for participation includes supporting the Boycott, Divestment and Sanctions (BDS) movement, which seeks to punish Israel by economically depriving the country for its alleged mistreatment of Palestinians living in the Gaza Strip and West Bank.

The Anti-Defamation League (ADL) describes the BDS movement as “the most prominent effort to undermine Israel’s existence” and has further criticized AMP for promoting anti-Semitism under the guise of educating Americans. AMP hailed the ADL’s anti-Israel description of its organization.

After her win, Rashida celebrated with the Palestinian flag.

According to Tlaib, all Congressional Democrats are racist.

ICYMI: Biden Announces First Move If He Becomes President: I Will Raise Your Taxes (WATCH)