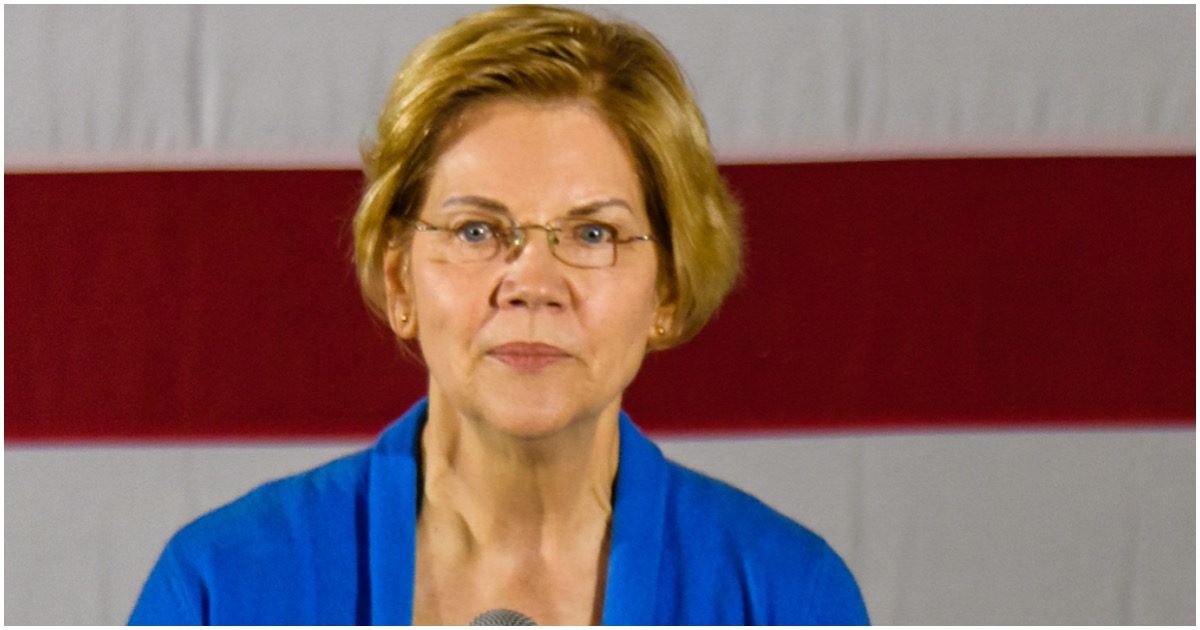 Massachusetts Senator Elizabeth Warren loves America like Adolf Hitler loved Germany. Yeah, that’s right. It’s time to flip the switch on liberal monsters like Warren and Sanders and call these goofs out for who they really are.

Warren doesn’t love her country. She loves power. She’s only running for president to say she ran for president and when she loses she’ll whine that it’s because she’s a woman so she can eventually receive that multi-million dollar book deal.

It’s as if Warren and her ilk are trying to secretly get President Trump re-elected.

If that’s not the goal, then they are acting extremely ignorant. Which is more likely?

Warren says the locked-up criminals are "entitled" to it pic.twitter.com/Q5Fm12iXnA

When you silence your opponents, you’re a fascist. For some reason, refuse to acknowledge that this is what they have become.

Warren drove that point home in less than 140 characters.

By this logic Trump should get everyone who promoted Russiagate banned https://t.co/SrYnGVauBr

ICYMI: Schumer Confirms Dems Will Stand ‘United’ Behind Socialist If Nominated for POTUS