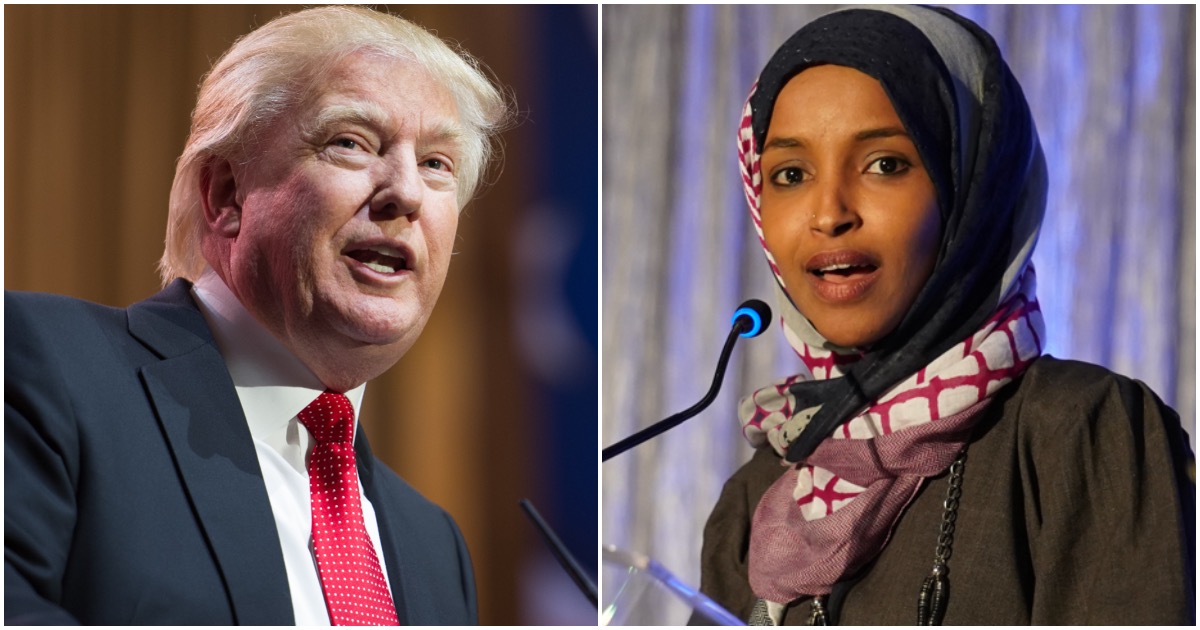 When you’re attempting to finagle your way out of a few scandals, what do you do?

Do you try to explain that you’re not a bad person, or do you say something even crazier to make the public think of something else?

Rep. Ilhan Omar (D-MN) made dehumanizing remarks about President Donald Trump on Monday when asked about an interview she gave last week, saying that the president was not human.

Fox News’ Guerin Hays asked Omar, who has been engulfed in an anti-Semitism scandal, about an interview she gave to Politico last week where she attacked former President Barack Obama and suggested that he was a murderer.

Omar came out after the interview was published and claimed that Politico was lying about the interview and that she did not make those comments. Omar tweeted an audio clip of that segment of the interview that she thought exonerated her but it ended up proving that she did say it. After being mocked online she deleted the tweet.

House Democrats are working on a resolution to condemn Omar for her anti-Semitic remarks. And there are plenty of them over the years.

Gillibrand Slams Trump With Lame ‘Clorox’ Joke; Internet Bursts Her Bubble By Bringing Up Her Past