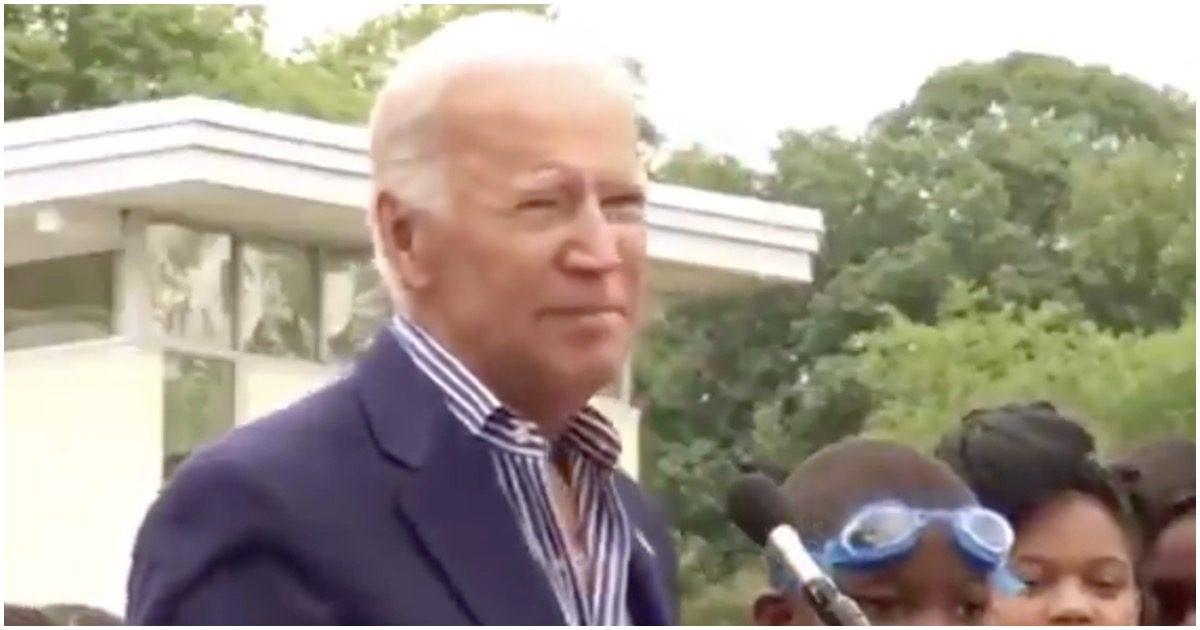 If it’s a day ending in “y,” you know Joe Biden is about to say something silly. At a recent event, Joe said a handful of things in just one breath that might make a few jaws drop.

At this point, his team needs to make sure he doesn’t speak to anyone, ever, about anything, unless he’s at a debate. For decades, the man has been a walking gaffe-machine.

The only reason Joe is still a viable candidate for president is because the media is too afraid to call him out, knowing no other Democrat stands a chance at defeating President Trump come 2020.

Former Vice President and current Democrat presidential candidate Joe Biden told CNN on Friday that Senate Judiciary Committee Chairman Lindsey Graham should not look into him or his son Hunter Biden’s business dealings in Ukraine because he knows Graham, adding that if Graham proceeds that he will “regret” it “his whole life.”

“On Thursday, Graham — the chairman of the Senate Judiciary Committee — sent a letter to Secretary of State Mike Pompeo requesting the release of any documents related to contacts between Joe Biden, Hunter Biden, and former Ukrainian President Petro Poroshenko,” Fox News reported. “Graham’s letter, which was released as the final day of public hearings in the House impeachment inquiry into Trump wrapped up, asked Pompeo to release a series of documents and transcripts of conversations in 2016 between Biden and Poroshenko in relation to an investigation into the Ukrainian natural gas company, Burisma Holdings.”

Here’s some stuff Graham is requesting:

Today, I sent a letter to Secretary of State Mike Pompeo requesting documents related to contacts between:

Trump: ‘We Will Be Today Terminating Our Relationship With the World Health Organization’