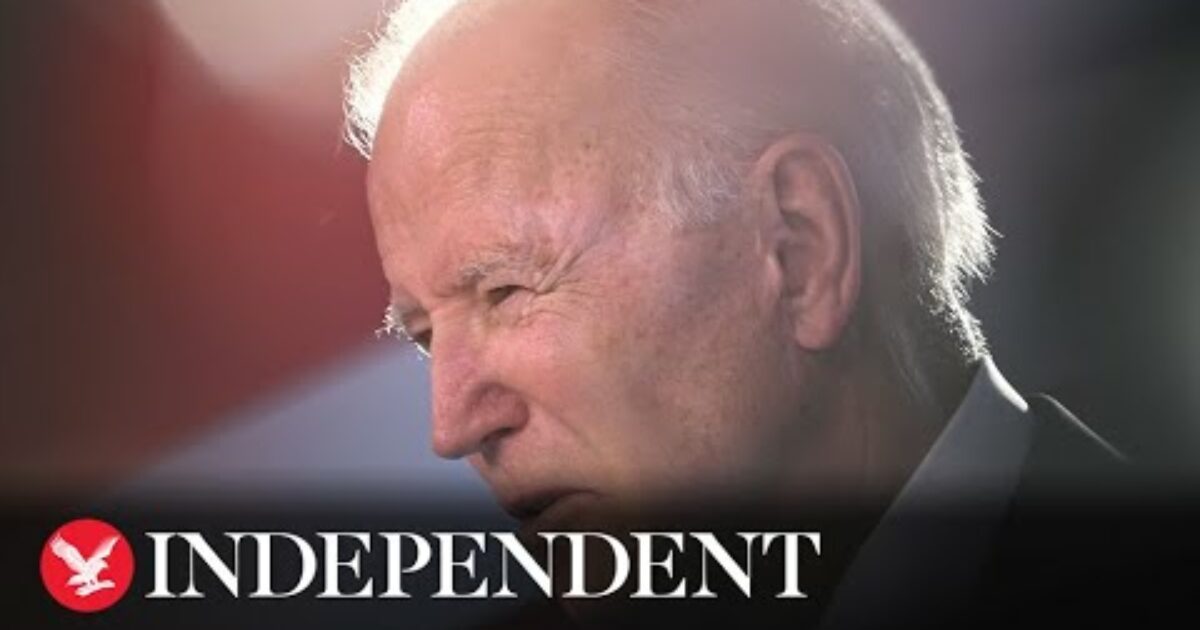 This should be an astonishing development considering that Biden didn’t even know what Juneteenth was this time last year.

When asked in June 2020 about then-President Donald Trump heading to Texas for Juneteenth, Biden expounded on his understanding of the historic date — and mistook it entirely for the Tulsa race riot in Oklahoma.

“He’s going down to Texas on Juneteenth, right?” Biden wondered aloud in front of reporters. “The first major massacre, literally speaking, of the Black Wall Street, right? Years ago?”

This was wholesale foolishness of course.

As the country remembered this month, the Tulsa race riot, or the Black Wall Street massacre, was one of the most egregious instances of racial violence in American history.

It was not in fact Juneteenth, which happens to be among the most significant days in our shared story in which the last slaves were freed in Texas per the Emancipation Proclamation.

As it turns out, declaring federal holidays is a serious matter.

So how could Biden make a federal holiday of an event that was so trivial to him a year ago that he had no idea what it was?

The obvious answer is that Biden is not captaining the ship.

Running his administration, instead, is a group of radical leftist activists who pull the strings behind the scenes and then send out their man to slap a nonthreatening, statesman-like face upon the operation.

The more useful question, really, is why Democrats want Juneteenth to be a federal holiday.

It is not to celebrate the brilliance of the American founding philosophy and the sacrifices made for its eventual fulfillment.

In reality, Democrats want to create one Independence Day for white Americans and another for black Americans.

Part of what makes America what we are is our individual subservience to a higher principle: the belief in liberty and equality for all.

This higher principle serves as the marriage vow that unites each of us as a whole, each sacrificing for a positive future in which our shared ideal is fulfilled.

Those observing will notice that at the heart of Democratic politics today is a systematic elimination of the values we share and their replacement with lies, chief among them the idea that our founding creed is merely a veil for power politics predicated upon race — and that it should be replaced with an alternative narrative to reverse that power imbalance.

Juneteenth is a day that should be celebrated for what it is, not for what Biden and Democrats want it to be and will use it for.

This is an aim they aren’t even concealing.

As Secretary of State Antony Blinken tweeted this week, “Juneteenth marks an important date in U.S. history that reminds us of our obligation to pursue racial justice and equity. This day has come not only to mark the effective end of chattel slavery, but the reality that freedom and justice have been delayed for far too many.”

Juneteenth marks an important date in U.S. history that reminds us of our obligation to pursue racial justice and equity. This day has come not only to mark the effective end of chattel slavery, but the reality that freedom and justice have been delayed for far too many. pic.twitter.com/soBfkdgB5G

President Biden himself, having had no idea what Juneteenth was until yesterday, called it “one of the greatest honors” of his presidency to memorialize it, according to CNN.

He also encouraged Americans to “feel the power of this day and learn from our history — and celebrate progress and grapple with the distance we’ve come,” as well as “the distance we have to travel.”

This is all for the Biden administration to say that past racial injustices are the sole cause of problems Americans face today, and that support for the Biden agenda is virtuous whereas opposition is as racist as the racism of yore.

It is not bad enough that Biden was ignorant of one of the more important days in American history. But now his administration will use it to push the anti-racist agenda, which means injustice today as a remedy for injustice yesterday.

This is not something to be celebrated or enshrined in law.

Americans of sound character can only hope that our new commemoration of Juneteenth will be done with an appreciation for the American ideal and the sacrifices made to bring it about in the face of historic evils.

That certainly isn’t what Biden wants — to the extent that he still knows about such things, or things in general.

Entitled Woman Assaults McDonald's Employees for Refusing Her Special Request, But Watch Them Fight Back