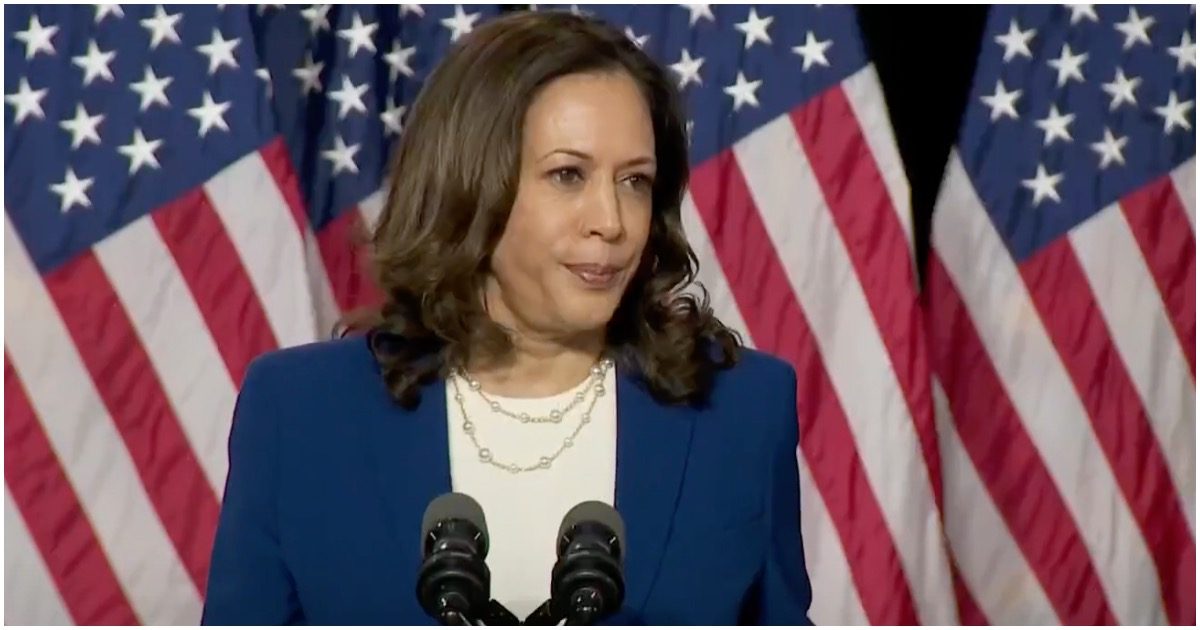 *Originally published August 2020* Why are Joe Biden and Kamala Harris standing in front of American flags in the clip below? Who do they think they’re kidding? Their supporters don’t support the flag and neither do they.

On Wednesday, Joe and Kamala held their first press conference together.

It went exactly as you’d expect.

Kamala Harris just said that there is "a new coalition of conscience in our streets." I don't know, it looks more like a riot to me. pic.twitter.com/NT6LN2LEWh

Paul Sperry was silenced by the fascists at Twitter, but here was the original point…

Kamala Harris just said that there is "a new coalition of conscience in our streets." I don't know, it looks more like a riot to me. pic.twitter.com/NT6LN2LEWh

“I think she is a skilled debater, but I can’t wait to get to Salt Lake City and be on the stage –whether to compare Joe Biden’s nearly 50 years in public life, the agenda of the radical left, the agenda that she’s embraced throughout her political career — with the results of this president and this administration,” Pence told host Sean Hannity.

The sooner Trump and Pence wipe the floor with Joe and Kamala, the better for the United States of America.

Enough with the nonsense.

Keep the adults in charge.

Confirmed: Trump Asked for 10,000 Troops In DC Before Capitol Riot, But Pelosi Said No

ICYMI: College Student Gets Suspended for Saying ‘A Man Is A Man, A Woman Is A Woman’