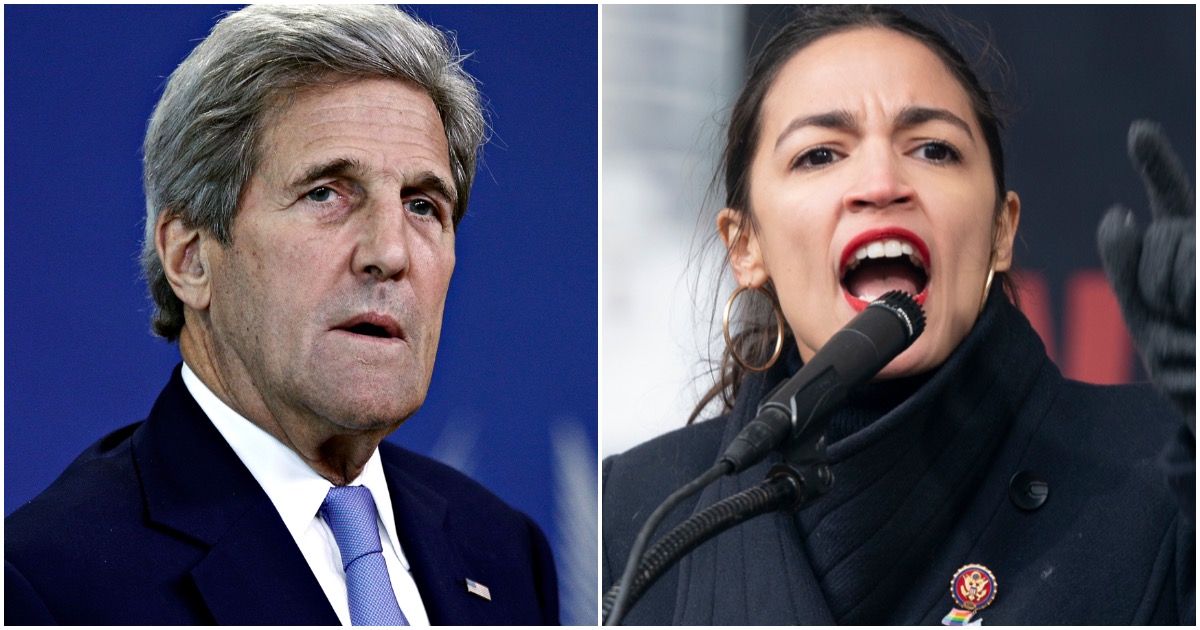 John Kerry must still be hurt about losing the presidential election in 2004.

After failing to do much of anything as secretary of state under Barack Obama, Kerry went to Iran a little while ago in an attempt to keep the nuclear deal alive after President Trump canceled it.

Now, John is claiming that freshman Democrat Rep. Alexandria Ocasio-Cortez (NY) is showing “more leadership” on a daily basis when it comes to “climate change” than Trump has shown in his lifetime.

He noted, “Congresswoman Ocasio-Cortez has in fact offered more leadership in one day or in one week than President Trump has in his lifetime on this.”

Kerry must’ve forgotten to mention that AOC believes “climate change” is causing migrant caravans to make their way to America, so, she’s not exactly a reliable source.

ICYMI: @JohnKerry praises Rep @AOC efforts to combat #climatechange as opposed to #PresidentTrump who refuses to lead on this issue. “Congresswoman Ocasio-Cortez has in fact offered more leadership in one day or in one week than #PresidentTrump has in his lifetime on this. " pic.twitter.com/iQEtLpHZWA

Kerry: “Europe is already crushed under this transformation that is taking place due to migration. In Germany, Angela Merkel is weakened. Italian politics is significantly impacted.”

Is that because more people on the left are becoming hip to the left’s shenanigans? Possibly.

Attacking Trump is normal for Kerry, though. Here’s what he said in January…

Kerry: “This president is not negotiating. He doesn’t negotiate. This is a man who claims to be the world’s greatest negotiator.”

Kerry: “President Trump has isolated America and taken us backwards in terms of institutions that were structured ever since World War II to bring the world together.“

Two Men Break Into Texas Man’s Home Before Dawn. It’s A Huge Mistake And You Already Know Why.