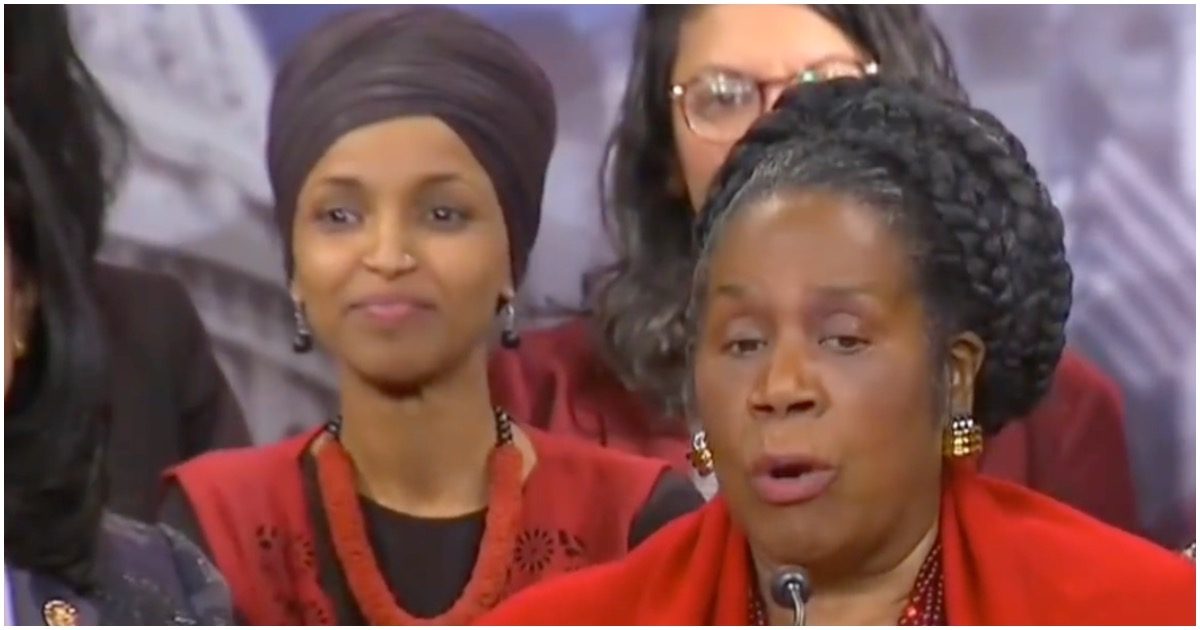 After watching this short clip, you might have a little respect for New York Democrat Alexandria Ocasio-Cortez. Weird, right? But the reason is simple.

While Rashida Tlaib (MI) and Ilhan Omar (MN) were laughing it up and telling jokes with Rep. Primala Jayapal (WA) during a press conference where Rep. Sheila Jackson Lee (TX) was talking about American troop casualties in Iraq, AOC remained silent.

It’s certainly not like a conservative website to stand up for Ocasio-Cortez, given everything she stands for. But when compared to Omar, Tlaib, and Jayapal, AOC looks like a pro-American Trump supporter (in this one clip, at least).

Now that she has decided to release a memoir, Omar should understand that she’ll face tough questions regarding her past. You know, stuff about allegedly marrying her brother so he could become a U.S. resident.

When asked a question she wasn’t particularly fond of, Omar snapped.

🚨 I’m excited to announce my memoir, THIS IS WHAT AMERICA LOOKS LIKE.

A multidimensional story of my hopes, aspirations, disappointments, failures, successes, sacrifices, surprises, and unshakable faith in the promise of America.

Pre-order your copy at https://t.co/LjF9ObEqjV

Will there also be a chapter on the FBI investigating you right now?

Or do we have to wait for Volume 2: From Congress to Prison? https://t.co/X0FvyJher3

No, but there is a chapter on how to not to be a racist liar and practice ethical journalism.

Chapter 5: How I got away with committing Immigration fraud by marrying my brother.

What is she lying about? Does it have to do with marrying your brother or is this something new?

Will there be a chapter about your Antisemitism?

Straight to the bargain bin.

Will there be a chapter about your friendship with BFF Erdogan? pic.twitter.com/sEkQjOGzVQ