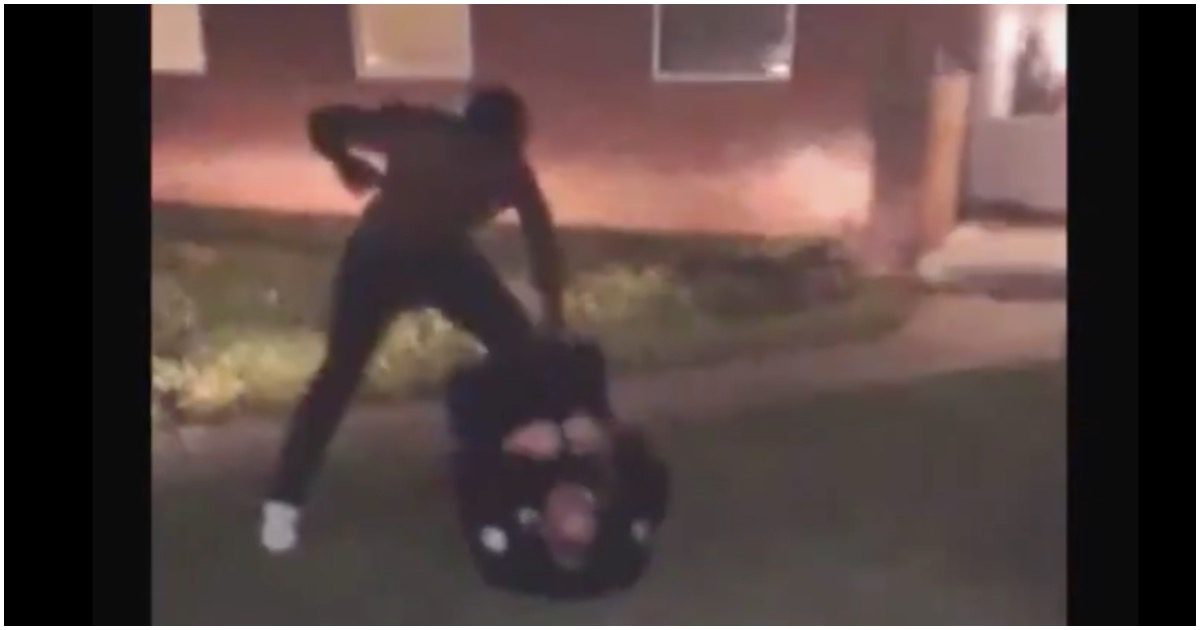 *Originally published October 2020* There’s going to come a time when people stop wanting to be cops. As long as liberals continue to call for defunding police departments and defending criminals, more videos like this one will see the light of day.

Why are Democrats always silent when a minority is 100% in the wrong?

A North Carolina police officer was airlifted to a hospital early Saturday morning after he was beaten while trying to make an arrest — and the attack was livestreamed on Facebook, left his face bloody, and featured laughing onlookers.

Rowland Officer Michael Sale, 27, responded to a disturbance call and was beaten while trying to arrest a man, Chief Hubert B. Graham told WPDE-TV. 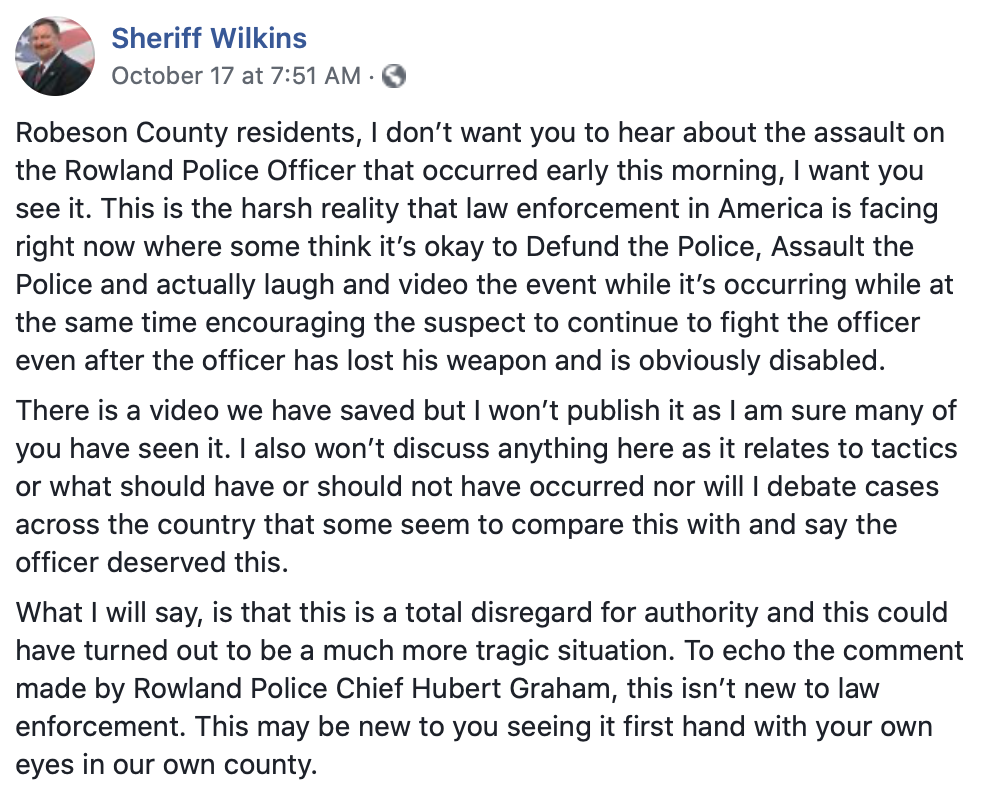 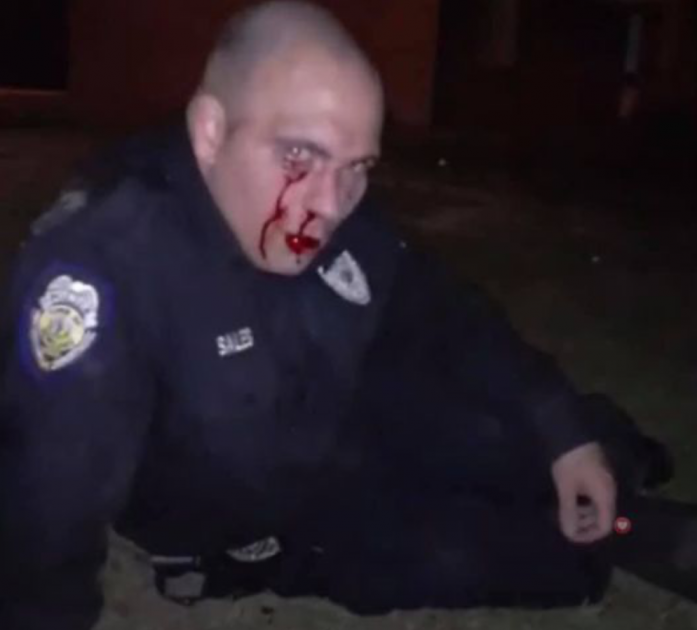 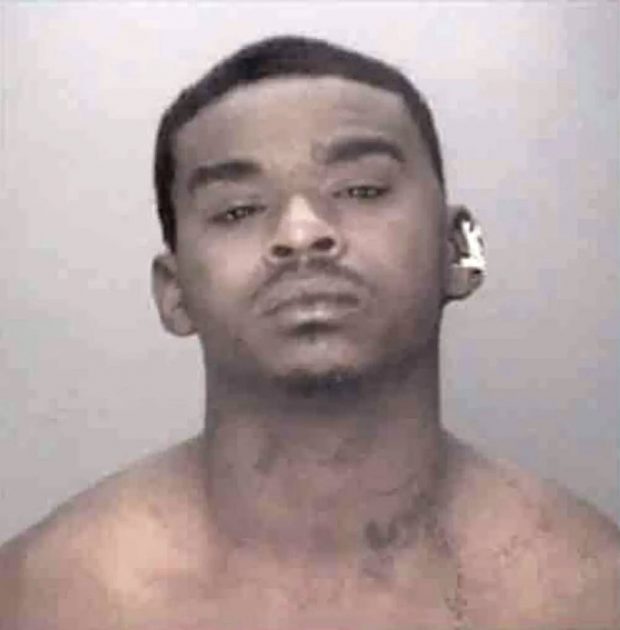 ICYMI: Coca-Cola Will Only Hire Law Firms If They Have Enough Black Lawyers (Details)