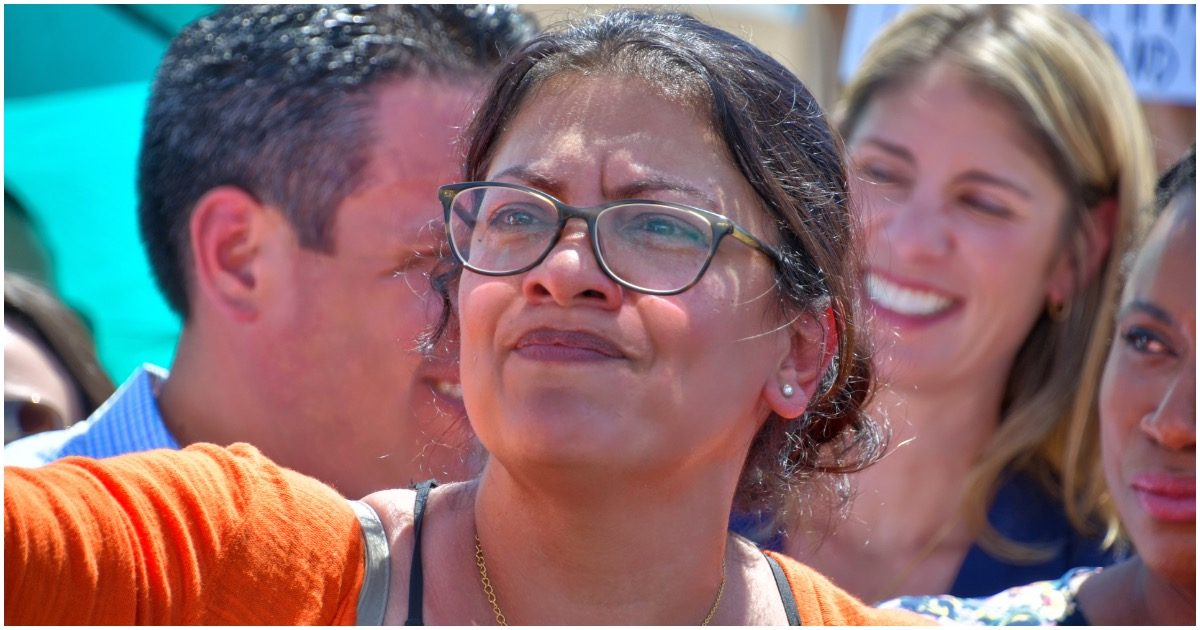 Radically far-left Michigan Congresswoman Rashida Tlaib could walk into the National Archives building, bust open the glass that encases the Declaration of Independence, rip it to shreds in front of the on-duty guards, and even then, still, the mainstream media would make it seem as if she was a person who loves her country.

After all, she’s already openly anti-America, anti-Israel, and pro-“Palestine. Nobody on the left seems to care.

Tlaib’s latest move would have members of Congress calling for a resignation if she was a Republican.

Rep. Rashida Tlaib (D., Mich.) recently met with a controversial pro-Palestinian organization that has encouraged violence against Israel, justified the use of terrorism against the Jewish state, and has called for the kidnapping of Israeli soldiers, according to online postings on social media.

Tlaib, who has been under fire for her hatred of Israel and support for the anti-Semitic Boycott, Divestment, and Sanctions movement was pictured meeting with members of the Palestine Youth Movement during the Arab Texas Festival held recently in Dallas. The PYM organization is known for its vitriolic rhetoric against Israelis and Jews and has been caught in the past glorifying the leaders of anti-Semitic terrorist organizations.

Tlaib’s interaction with the group is unlikely to come as a surprise to the pro-Israel community, but is further evidence of her willingness as a member of Congress to associate with some of the most radical and fringe anti-Israel groups.