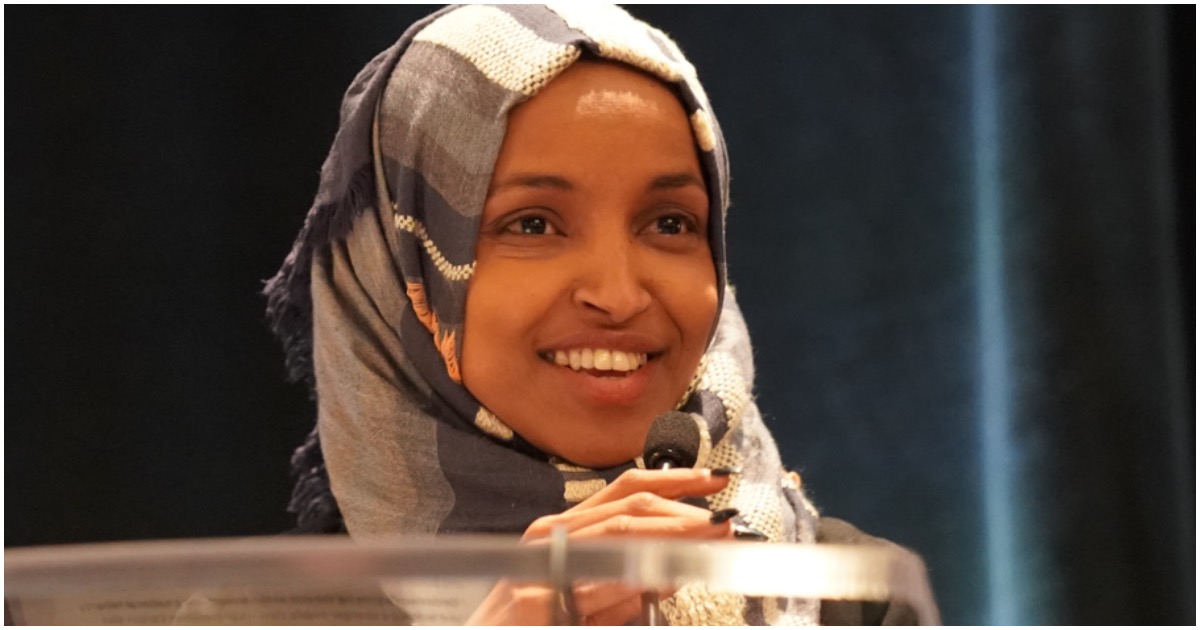 With by far the largest Somali American population in the United States – estimates of up to 100,000 – the insular ethnic community in Minnesota offers a rich recruiting ground. Investigators told Fox News that early on, al-Shabab recruiting was almost exclusively word-of-mouth. One family connection to a contact in the terrorist group would be pulled in as a recruit, in a process that was repeated as the ranks of the al-Shabab grew.

Ilhan Omar laughs and jokes while talking about Al-Qaeda and Hezbollah — Islamic terror groups that kill Americans, U.S. allies, and Jews — during a 2013 interview pic.twitter.com/5INfs6yiSv

Omar blamed the United States of America for a terrorist attack in Africa that left 70 people dead.

Imagine if Omar was a Republican.

There would be pandemonium and she’d be called to resign.

Minnesota Democratic Rep. Ilhan Omar once described acts of terrorism as a reaction to “our involvement in other people’s affairs,” in the wake of the brutal al-Shabab attack on a Kenyan shopping mall in 2013.

Omar made the comments during an obscure local television appearance just weeks after four armed al-Shabab jihadists stormed the Westgate mall in Nairobi in 2013, killing nearly 70 people and wounding 200.

Host Ahmed Tharwat: “When are we gonna decide or realize that terrorism is a reaction? It’s an ideology, it’s a means of things, it’s not an entity, it’s not a place, people. It’s a reaction to a situation.”

Omar: “Usually most people want to not look internal and see what their actions that makes another react. For us, it’s always ‘I must have not done anything. Why is it happening to me?’ Nobody wants to take accountability of how these are byproducts of the actions of our involvement in other people’s affairs.”

If not immediately obvious, here’s the problem with her tweet:

ICYMI: Sitting Dem Senator Threatens to Punch Trump In the Face, Then Calls for Peace (Watch)