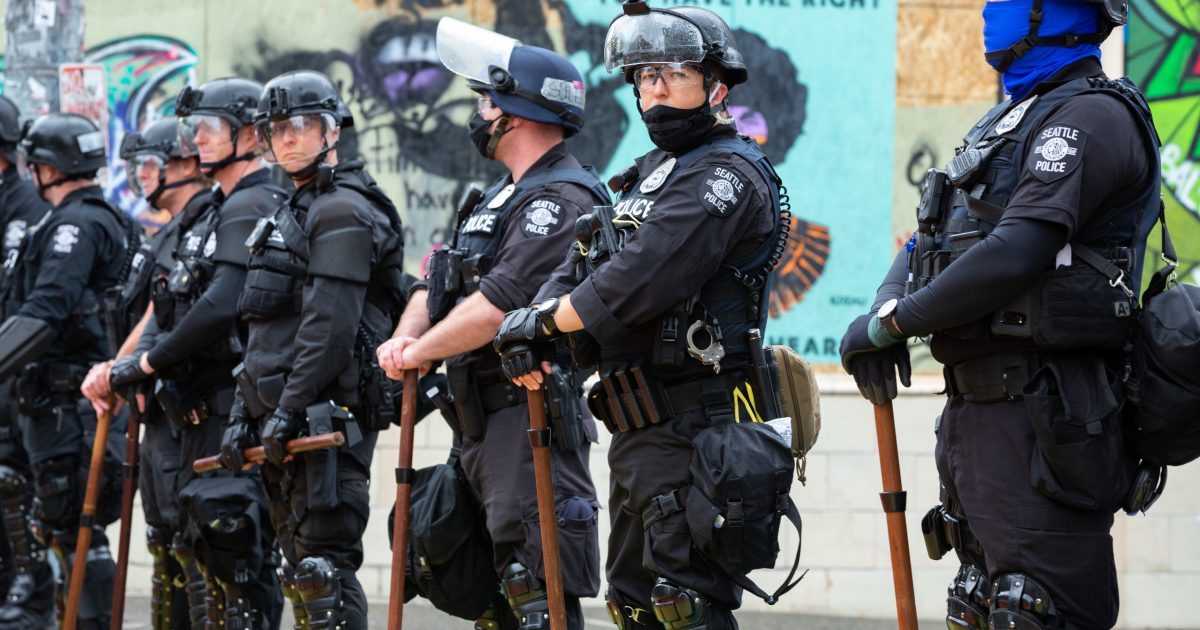 *Originally published August 2020* These future Joe Biden voters are some of the worst people alive. Unfortunately, Democrat “leaders” like Schumer, Pelosi, and others refuse to tell Antifa and BLM to knock it off.

Why put your life on the line and do your best to protect a city that doesn’t want to be protected, right?

A video went viral over the weekend of a Seattle police officer telling a Black Lives Matter protester that he will soon be resigning. “You guys won,” he sardonically declared.

In the video, posted on Saturday, the officer pulls up beside the protester in his police vehicle and bittersweetly heralds his upcoming resignation.

ICYMI: Biden’s Transportation Secretary Open to Taxing Drivers for Each Mile They Drive