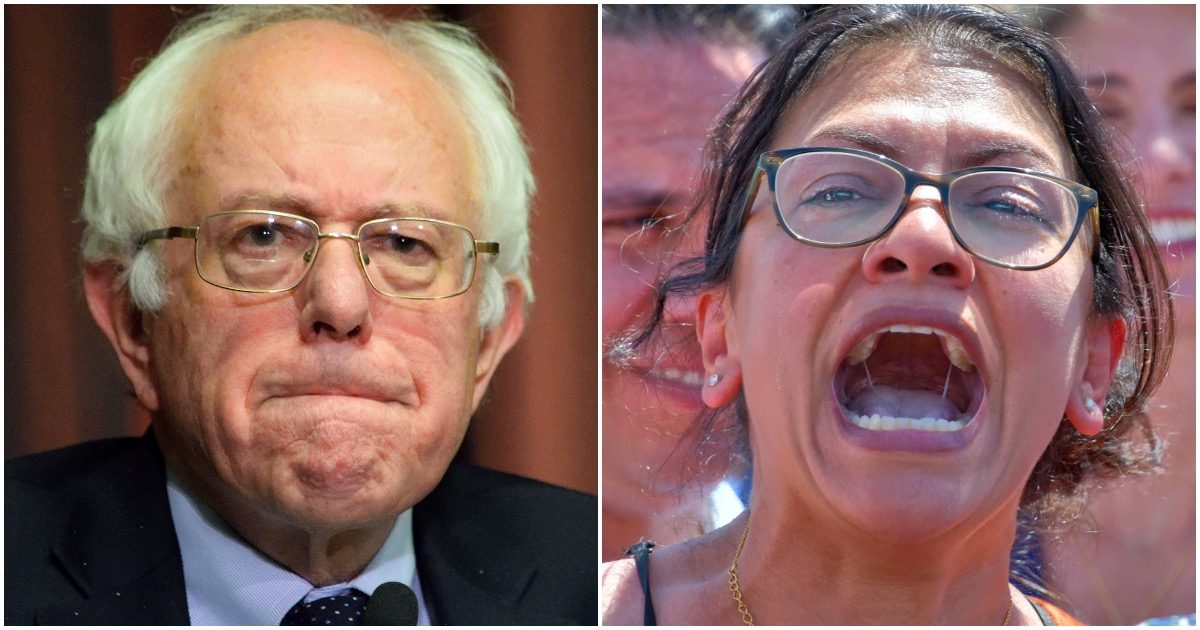 2020 Democrat Socialist presidential hopeful Bernie Sanders (VT) and surrogate, Rep. Rashida Tlaib (MI), had themselves a whale of a time on Sunday. So many falsehoods, so little time.

They probably feel like big men, right about now.

But he is intentional, which makes him a danger to our democracy and our country's future. #ImpeachmentInquiryNow #PresidentHemar https://t.co/yH322aHaFq

Other reactions to Bernie:

He believes MAN MADE CLIMATE CHANGE is a hoax. Which it is. It’s a redistribution scheme developed by Socialists who want to control every aspect of a person’s life. Climate changes constantly, which is a fact of nature nobody denies.

@BernieSanders believes that lowering hours and increasing pay to equal the same net paycheck is equal to a living wage increase. What does that make Bernie? 🤔🤷‍♂️🤣❤️🇺🇸❤️

You think socialism is the answer. You’re an idiot.

Bernie, I respect you, very much! Earth ALWAYS had Climate Change, but Trump, and many others, including me, believe that MAN MADE CLIMATE CHANGE is Hoax!

You believe in socialism which has failed at every single turn, so you’re not really one to talk, champ. https://t.co/ENzDiWtICM

During the 2016 election, Trump said he could shoot someone on 5th Avenue and he wouldn’t lose any support.

He was probably right.

Support for U.S. President Donald Trump increased slightly among Republicans after he lashed out on Twitter over the weekend in a racially charged attack on four minority Democratic congresswomen, a Reuters/Ipsos public opinion poll shows.

The national survey, conducted on Monday and Tuesday after Trump told the lawmakers they should “go back and help fix the totally broken and crime infested places from which they came,” showed his net approval among members of his Republican Party rose by 5 percentage points to 72%, compared with a similar poll that ran last week.

Trump didn’t mention anyone by name but he clearly had his sights set on Omar, AOC, and a few of the other loud talkers.

So interesting to see “Progressive” Democrat Congresswomen, who originally came from countries whose governments are a complete and total catastrophe, the worst, most corrupt and inept anywhere in the world (if they even have a functioning government at all), now loudly……

….and viciously telling the people of the United States, the greatest and most powerful Nation on earth, how our government is to be run. Why don’t they go back and help fix the totally broken and crime infested places from which they came. Then come back and show us how….

….it is done. These places need your help badly, you can’t leave fast enough. I’m sure that Nancy Pelosi would be very happy to quickly work out free travel arrangements!

Video: Biden Goes On CNN & Unknowingly Calls For A Ban On Every Single Firearm