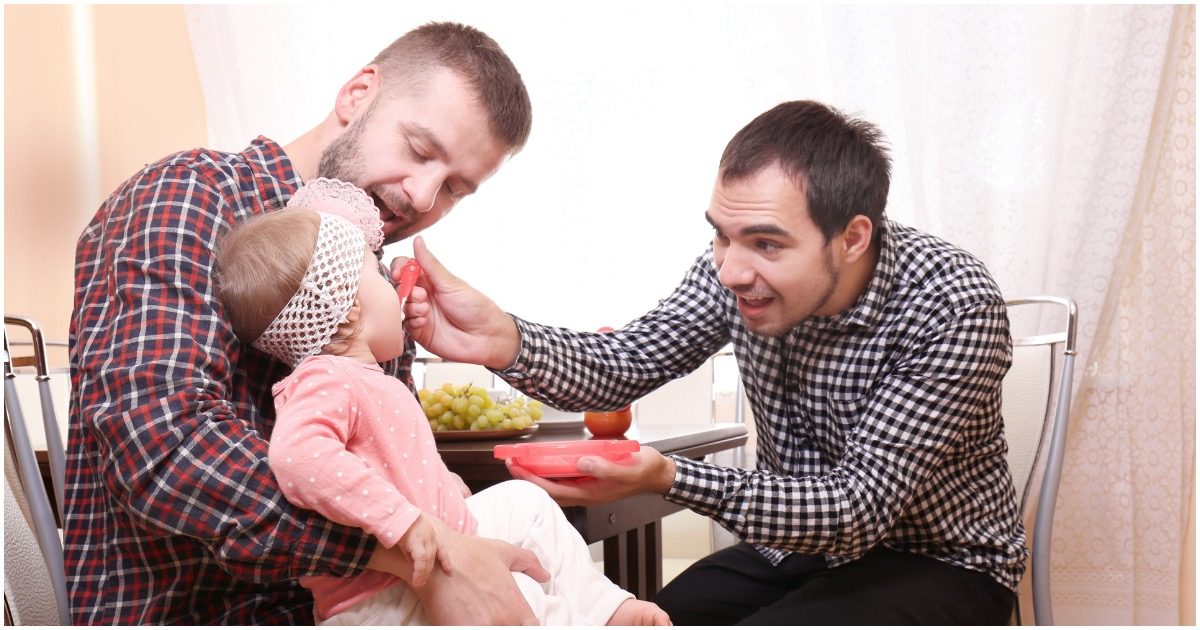 Democrats are the party of “science,” they claim. Because of course a man can give birth and a woman can donate sperm. That’s how life has worked since the beginning of time but Republicans have been too stubborn to acknowledge it! Of course there are more than two genders and if you think otherwise you are sexist!

LOL. Democrats say the darnedest things. And as long as they have the MSM and Hollywood on their side, they’ll continue to get away with it. Talk about damaging to future generations, huh?

Proud dad Reuben Sharpe today tells how HE gave birth to a miracle baby in Britain’s most modern family.

Jay is non-binary – so does not identify as male or female.

The sperm donor was a trans woman… and even the DOCTOR was transgender.

ICYMI: Some Whites May ‘Have to Die’ for Betterment of Black Community, Says College Employee