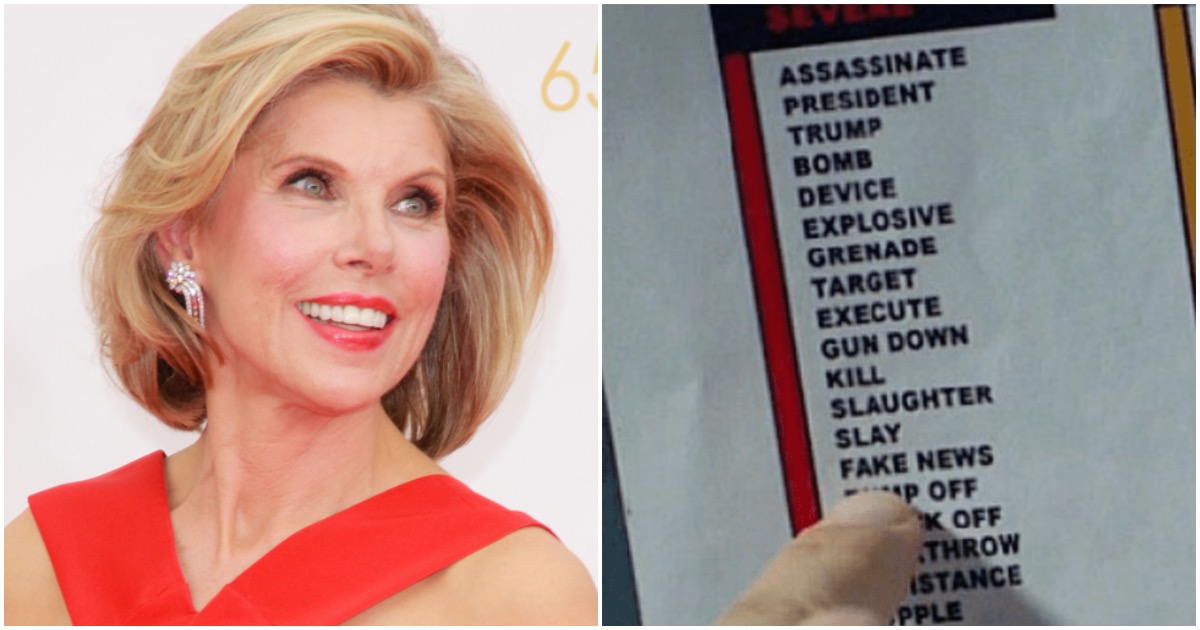 This is exactly the reason workaday Americans tune out of Hollywood award shows in droves.

Couple this situation with the emphatic way know-nothing actors and celebrities fight so hard for Democrats and you get the perfect storm.

CBS crime drama The Good Fight tweeted an image on Friday from a recent episode, entitled, “The One Where Diane Joins the Resistance.” The image showed a character pointing to a list of “target words” that included the phrases “Assassinate President Trump” and “Eliminate Mar-a-Lago.” The tweet, which has since been deleted, sparked backlash among Twitter users, many of whom reported CBS to the Secret Service.

The official CBS Twitter account for The Good Fight asked viewers if they had noticed any “Easter eggs” within the “target words” from the Mach episode.

Hmmm… some of those target words look a little familiar. Did you catch any easter eggs in this scene from The One Where Diane Joins The Resistance? #TheGoodFight 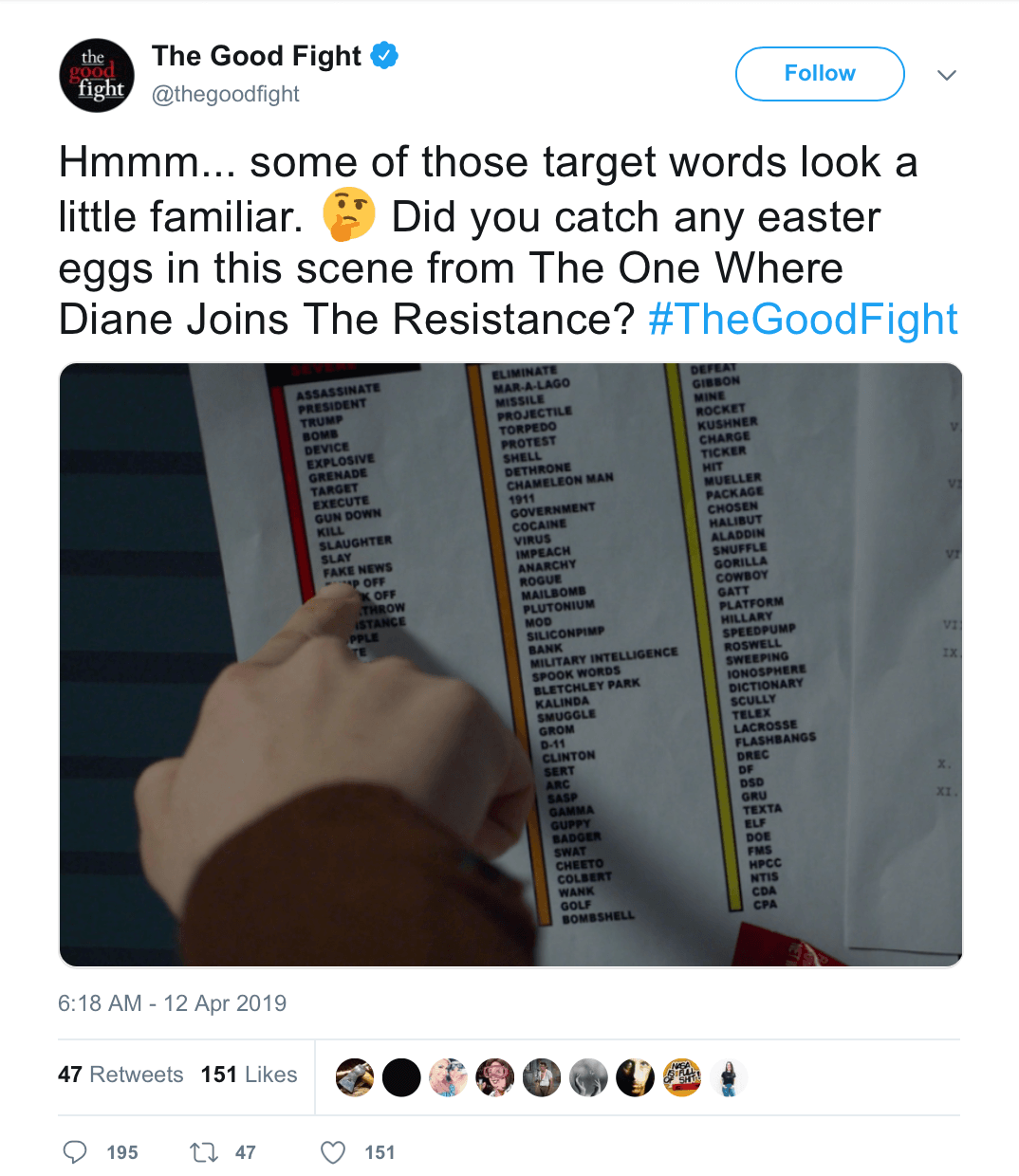 Reactions, calling for the Secret Service to intervene:

Yes, @CBS this is despicable to run subliminal messages encouraging the assassination of the president @realDonaldTrump

Threatening the President of the United States is a federal felony under United States Code Title 18, Section 871. It consists of knowingly and willfully mailing or otherwise making “any threat to take the life of, to kidnap, or to inflict bodily harm upon the President

Threatening the President of the United States is a federal felony under United States Code Title 18, Section 871. It consists of knowingly and willfully mailing or otherwise making "any threat to take the life of, to kidnap, or to inflict bodily harm upon the President pic.twitter.com/2g2iLEVyf2

There are some things a person should never do.

High up on that list would be threatening to murder the most powerful man in the entire world and then say you’ll go after the Pentagon.

It’s not going to end well for you. That much should be obvious.

And yet, one deranged radical didn’t get that message.

On Wednesday, Interstate 68 in West Virginia was shut down for roughly four hours as threats were allegedly made to murder President Donald Trump and to blow up the Pentagon, according to WCHS TV. West Virginia State Police stated that a 42-year-old male was detained for questioning when police found a firearm and explosive powder in his vehicle.

UPDATE: State Police Captain Shallon Oglesby said that the shutdown on I-68 came after a routine traffic stop at about 10:30 a.m. Wednesday for speeding along the eastbound lanes. https://t.co/ZdELcNIvuE

Back in October 2018, CNN’s Don Lemon said he doesn’t “see Democrats killing people,” ignoring the many cases of violence committed at the hands of lefties.

ICYMI: Ocasio-Cortez Says Kellyanne Is ‘Sexist’ Toward Her – ‘Patriarchy Has No Gender’

Kellyanne Conway Takes Aim At AOC, Destroys Her And ‘The Squad’ With Just One Line