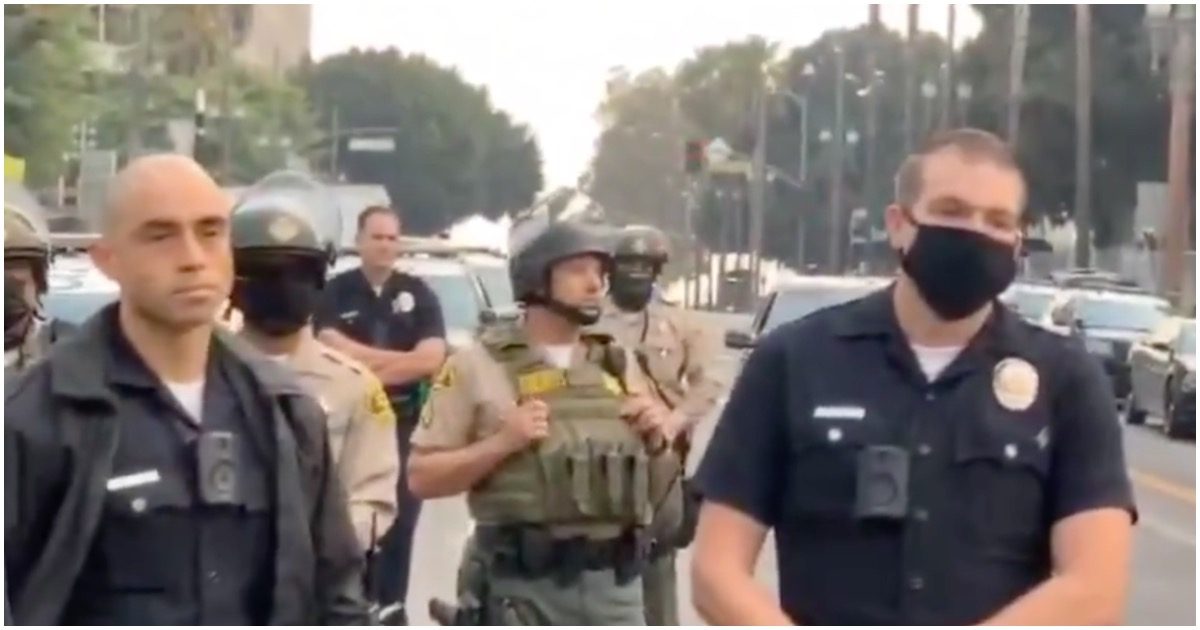 *Originally published September 2020* Black Lives Matter and Antifa radicals have no intention of slowing down. They’re just going to keep ramping up the violence. Like a middle child, these babies clearly crave attention.

Antifa and Black Lives Matter militants taunt LAPD and LASD deputies, making remarks about how they’ll rape a cop’s girlfriend like a dog instead of a pig. https://t.co/t7Ai2SNaBQ

Greater New York Black Lives Matter president Hawk Newsome joined “The Story” Wednesday to discuss the direction of the movement in the wake of George Floyd‘s death in police custody and the subsequent demonstrations across the country, many of which have sparked destruction and violence.

“You … have said that violence is sometimes necessary in these situations,” host Martha MacCallum told Newsome. “What exactly is it that you hope to achieve through violence?”

“Wow, it’s interesting that you would pose that question like that,” Newsome responded, “because this country is built upon violence. What was the American Revolution, what’s our diplomacy across the globe?

“We go in and we blow up countries and we replace their leaders with leaders who we like. So for any American to accuse us of being violent is extremely hypocritical.”