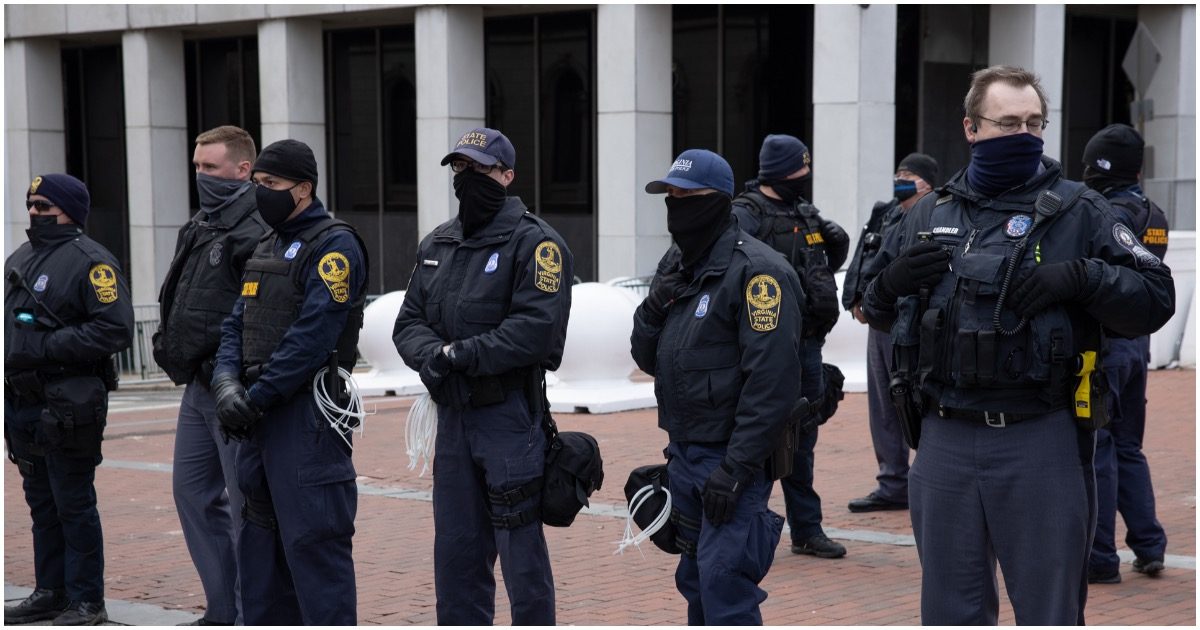 *Originally published August 2020* Something needs to change and fast. If it doesn’t, there probably won’t be police officers around for much longer. Democrats are doing all they can to strip law enforcement of any semblance of power.

Because, remember, no black person can ever do wrong in any situation or under any circumstance…ever. Amirite?

The Virginia Senate passed a bill this week that would downgrade assaulting a police officer in the commonwealth from a felony to a misdemeanor.

Senate Bill 5032 would eliminate the mandatory minimum term of confinement for “an assault and battery committed against a judge; magistrate; law-enforcement officer; correctional officer; person directly involved in the care, treatment, or supervision of inmates; firefighter; or volunteer firefighter or any emergency medical services personnel and provides that such crime can no longer be committed as a simple assault and must result in a bodily injury.”

Officers are having rocks and chunks of concrete thrown at them. Individuals in the crowd are shining lasers trying to blind officers. The sound truck is issuing warnings and directions to those participating in the unlawful assembly to disperse. (continued)

As police dispersed antifa rioters in SE Portland, they ran onto people’s property to hide from cops. One home owner goes out and tells them to get out. #PortlandRiots #antifa https://t.co/qMi4KyGGYi

Overnight on 5–6 Aug, another riot was declared by Portland Police after #antifa tried to break into the east precinct (far from downtown). They barricaded & set fire to the front of the building. One of the rioters tried to run over officers using a truck https://t.co/Fr4gcgMvRj pic.twitter.com/XtZ2909APV

In Portland, crowds have turned out nightly for more than two months since the death of George Floyd in Minneapolis – purportedly to protest of racial injustice. But Portland’s Black police chief and others have questioned that claim, saying it’s been undermined by rioting, destruction and assaults against law enforcement officers.