Model Zoe Bethel was released from her contract after the agency learned she was conservative.

Here’s the email she received from the agency, which labeled her a “racist”: 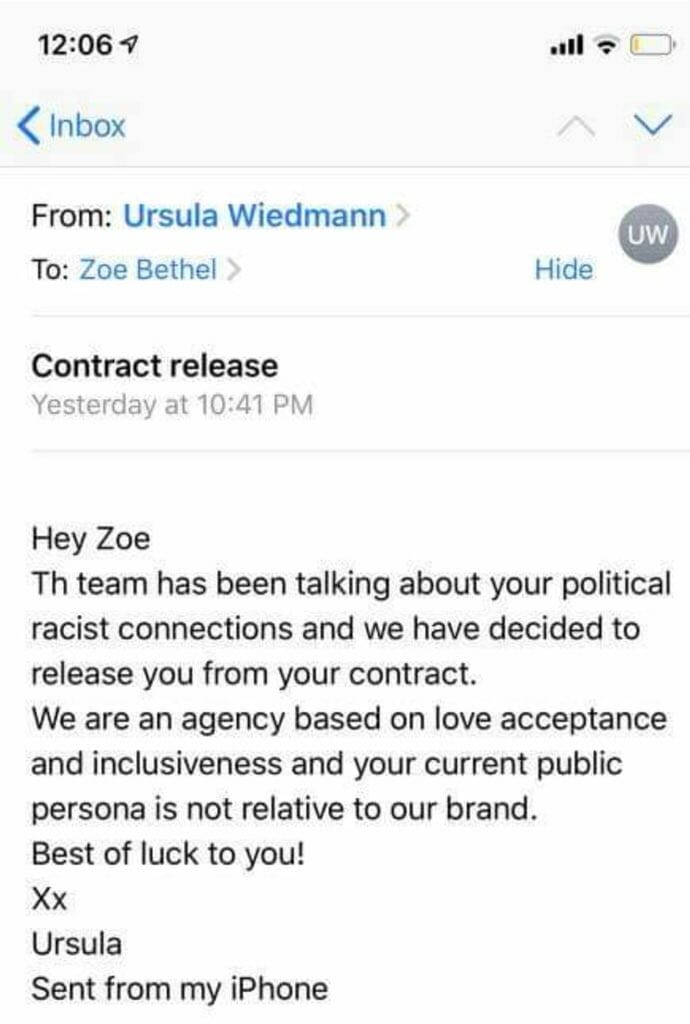 This is ABSOLUTELY HORRIFIC.

A young woman who attended our #YBLS summit was released from her modeling contract when she got home for supporting @realDonaldTrump and this administration.

Political bias is DISCRIMINATION. I am APPALLED at this circumstance. #BLEXIT @BLEXIT pic.twitter.com/wqlhD4Hv7A

It appears Zoe should’ve known she can’t be black and conservative. It’s simply not allowed.

Check out what happened when a reporter asked Millennials about Hillary Clinton’s racist comments on black people, saying they were made by President Donald Trump.