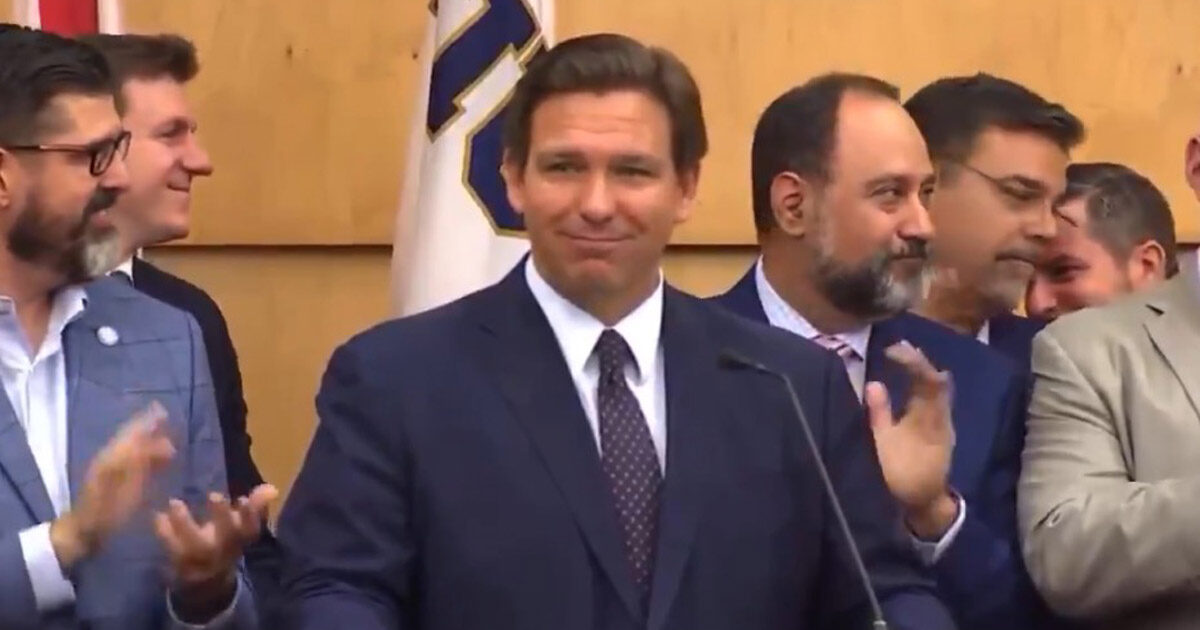 The law imposes a $250,000 per day fine on media companies including Google, Facebook, and others, when they suspend the accounts of political candidates and requires the Big Tech companies to be fully transparent with their moderation policies.

“One of their major missions seems to be suppressing ideas that are either inconvenient to the narrative or which they personally disagree with,” DeSantis said after he signed the bill into law.

JUST IN – Florida Gov. DeSantis has just signed a bill into law that would allow everyday Floridians to sue Big Tech Platforms for monetary damages. pic.twitter.com/yeHYG9btEx

Per Just The News:

DeSantis signed the bill at Florida International University, in Miami, with free speech advocates including Project Veritas’ James O’Keefe by his side. The legislation was first introduced to the state’s Senate on April 1 and was altered and approved by both chambers on April 29.

“Social media platforms that unfairly censor, shadow ban, de-platform, or apply post-prioritization algorithms to Florida candidates, Florida users, or Florida residents are not acting in good faith,” the bill reads. “The state has a substantial interest in protecting its residents from inconsistent and unfair actions by social media platforms.”

Users must be notified if their content is banned or censored including when posts are labeled as ‘false information’ or ‘disputed’ and users also have the ability to sue tech companies for violating the new law.

The law also requires Big Tech and social media companies to alert users when they are supposedly violating the posting rules as well as when the companies think the users are posting “false information.”

The law gives certain users the ability to sue if they dispute the Big Tech company decisions. Currently, users have n recourse whatever when they are banned by these companies.