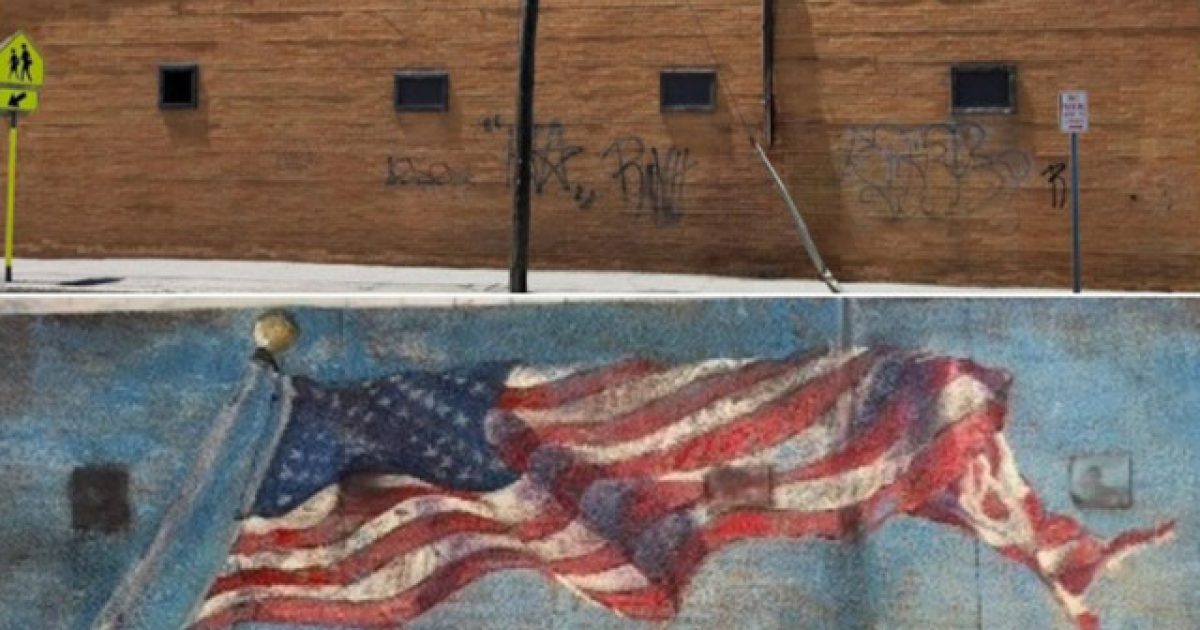 In modern day America it’s becoming “hip” to hate on the flag, to disrespect the values and principles it stands for, and to spit on those who fought, bled, and died to preserve freedom and liberty for all.

We’ve seen many examples of this attitude over the last few years, the latest of which comes from New York as as a local pizza joint in a small town has been taking heat for proposing an American flag mural to be placed on the side of its building.

However, despite the negative reaction from many, the shop has found a way to bring folks together.

Lisante’s friend Joey Garcia, a New York state corrections officer and Army National Guard veteran, organized an “American flag appreciation walk” to rally the community together and show their support for the flag, military, law enforcement, and the country.

“To me the flag represents many things: freedom, compassion, strength, and pride to name a few. In my opinion, we live in the greatest country on earth,” Garcia told Fox News. “But lately our Flag seems like it’s under attack. People today speak out against our flag and country so much and want to only point out what they feel is wrong with it. I understand and respect their right to their opinions, but I feel like those of us who do not feel that way have a voice too and deserve to be heard.”

The patriotic demonstration grew out of an effort to raise money on GoFundMe to pay for the materials and an artist to paint a vintage-looking mural of the American flag on the brick side wall of the pizza shop. Lisante said she got approval from the mayor, who told her to do a GoFundMe page and make the mural a community event.

Close to 500 people showed up to the flag rally Sunday afternoon, while a handful of protestors, who identified as anti-fascists, held signs like “Yes, I’m anti-AmeriKKKan” and “Stop Pretending your Racism is Patriotism” and chanted: “No Trump! No KKK! No fascist USA!”[…]

“Before we headed out on our walk I had a United States Marine come up and we had several veterans that were there come up, and in honor of all of the military heroes who have fallen, we had a military benediction read and then taps was played,” Garcia said, adding that a low moment came when one of the protesters tried to spit on the U.S. Marine who was in uniform.

Folks called these patriotic individuals racist, hateful, and even worse names, simply because they love their country and are thankful for the freedoms they enjoy on a daily basis.

It’s tragic that so much hate and anger exists in this country and that the divide that is separating us all is something that continues to be pushed by the folks in the mainstream media who have abandoned their calling to provide people with objective facts and have instead taken up a particular party’s agenda.

Hopefully these fine Americans are able to get that mural and display their love for their home country proudly without fear.

‘Fox & Friends’ Co-Host Accidentally Donated to Trump. Here’s His Explanation of How it Happened.