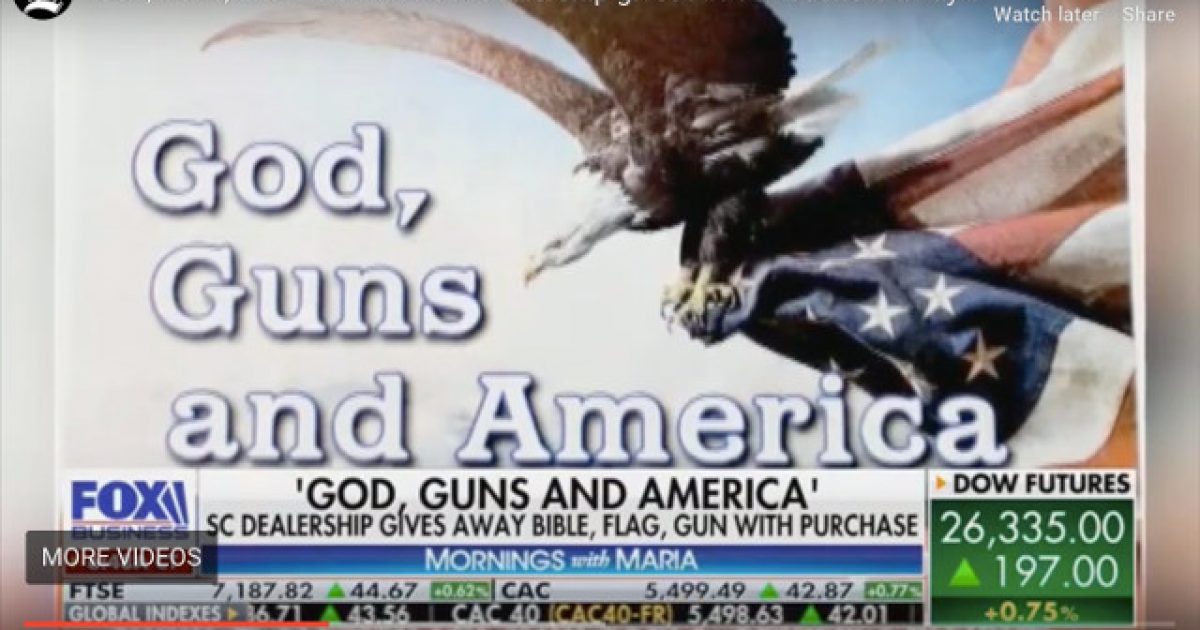 A Ford dealership in South Carolina is really riling up some controversy as they are handing out an American flag, a Bible, and a $400 voucher for an AR-15 to anyone who makes a purchase at their automobile lot.

Carolina Ford, located in Honea Path, running a promotion for the entire month of October and November known as “God, Guns, And America. According to the dealership, the promotion is paying off as they’ve seen an uptick in sales.

The dealership is passing out flags and Bibles with every purchase, however the voucher for an AR-15 is optional. If they don’t want the voucher they can have the $400 removed from the ticket price of the vehicle they have selected for purchase.

FOX Business reporter Lauren Simonetti pointed out that the dealership has received praise and blowback on social media for the promotion, with one user saying they “can’t wait for the lawsuits when your company is held liable for a shooting.”

Another user said, “God Bless America!! Good for you, too bad I don’t live closer.”

People have driven as far as two hours away to purchase a new vehicle at Carolina Ford during the promotion.

As you can imagine, this is probably going to cause quite a stir with folks who are in favor of strict gun control measures and who would love to see a weapon like the AR-15 banned from sale across the country.

However, this tactic seems to be working out well for the dealership, so regardless of where you stand on the political spectrum, it’s hard to argue with a business practice that works.