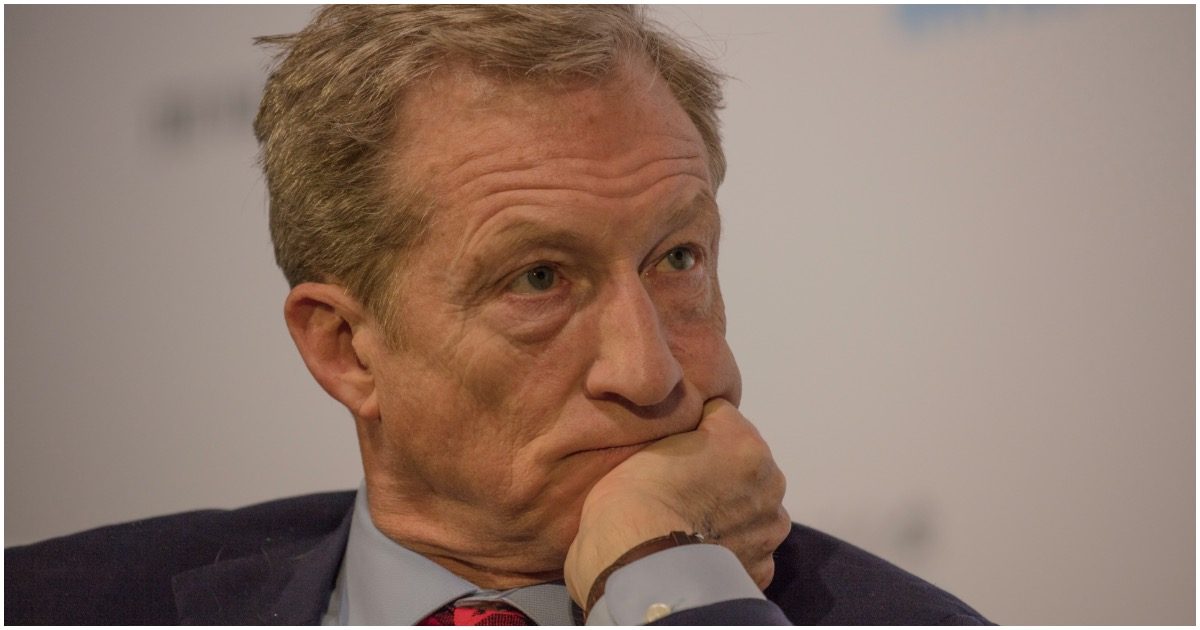 Far-left billionaire Tom Steyer didn’t exactly leave a lasting impression on the American people. He entered the 2020 presidential race and dropped out not long after, but not before spending a pretty penny.

Billionaire Tom Steyer wasted over $252 million on his failed presidential campaign, according to federal election records.

The campaign finance report filed on January 30, showed Steyer spent $252,841,942 on his campaign, according to Open Secrets.

Steyer dropped out on Saturday, a day before Pete Buttigieg.

One thing’s for certain. We’ll always have this clip of Tom “dancing.”

Tom Steyer has decided to back that azz up out of the presidential race. pic.twitter.com/h14Sl0BMEA

The Trump economy has caused the stock market to continue to break record after record.

Even a CNN host was forced to admit that this could be a problem for the 2020 Democrat presidential nominee.

Because who are we kidding? Low unemployment and a great stock market generally spells bad news for a presidential challenger.

Man Awakens to Racist ‘Trump’ Graffiti On Cars, Then Gets Arrested for Insurance Fraud (Details)