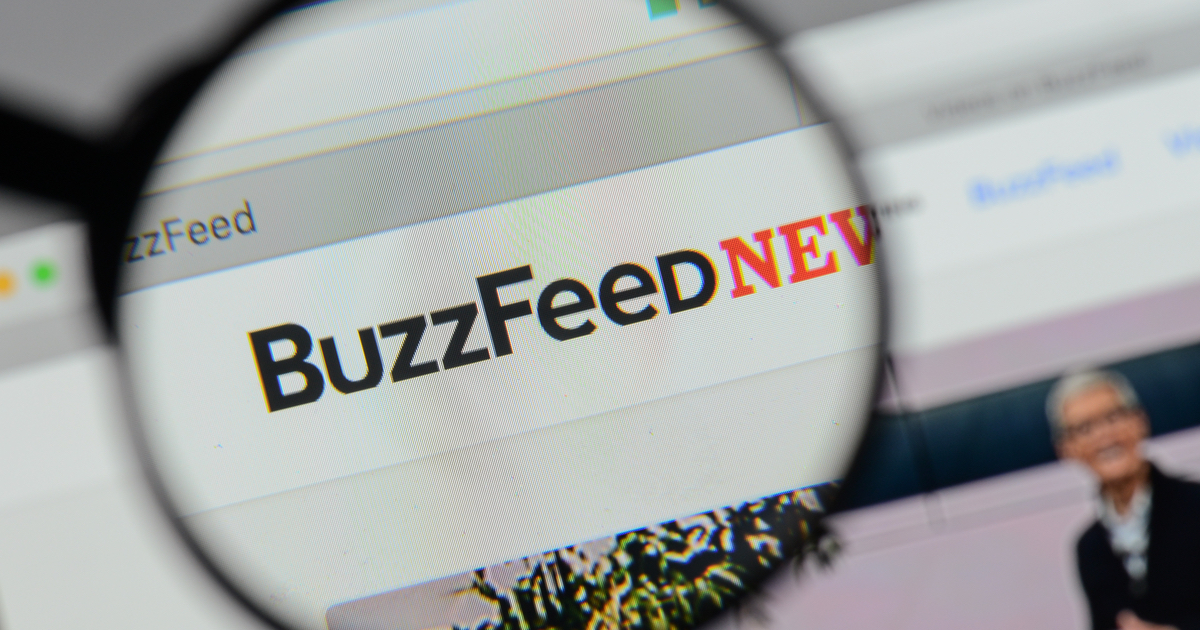 Buzzfeed, once the nation’s premiere source of absurd clickbait lists, has attempted to parlay their trashy-attention into something more substantial by way of pseudo-journalism.

It isn’t working.  Not in the least.

Their first flub was getting involved in the infamous Steel Dossier fiasco from the start, purporting that the President of the United States was compromised by Russia over his unsanitary and frankly strange preference of activities while in the company of prostitutes in Moscow.

Of course, nothing in this dossier has ever been verified, nor is there really any hope whatsoever of that chancing.  Still, the left clings to the gibberish as though it is gospel.

Then Buzzfeed shot themselves in the figurative foot with the metaphorical noose already around their neck by making wild claims regarding President Trump…again.

This hilarity was too much for one former employee of the doomed media flash-in-the-pan, who has dissed his former employer in a creative way.

As BuzzFeed continues to face backlash for laying off roughly 200 employees, an ex-writer weaponized the company’s famed quizzes against them and published a “Do You Still Have A Job At BuzzFeed?” questionnaire on the site today.

The quiz writer, Jason Sweeten, was laid off by BuzzFeed in the summer of last year and cited his negative experiences in a quiz he wrote for BuzzFeed Community — an unedited vertical for the site that allows anyone to create a post.

“What’s your department?” Read one of the first questions, with answers that include “Editorial,” “Business,” “Technology,” and “For the last two years I’ve done nothing but write personality quizzes. My boss assured me that I could try other things within the department, but she was just laid off.”

Then, Sweeten went for the jugular:

Another question asks Buzzfeed staffers to bring “a dog to the office” amid the firings — an offer that the site’s CEO Jonah Peretti actually made to staffers concerned about layoffs — but Sweeten’s answer is just a demand for the company to “pay for my unused PTO.” (Buzzfeed has withheld earned paid time off from many of their laid-off employees.)

In response to Buzzfeed withholding PTO, hundreds of current Buzzfeed staffers signed a letter demanding management honor the earned vacation days for laid-off employees. The firings were also controversially “staggered,” meaning BuzzFeed started some of the cuts last week but will continue to make them in the next couple of days — leaving many in employment limbo.

All we can hope now is that Buzzfeed doesn’t get hit too hard with the door on their way out.