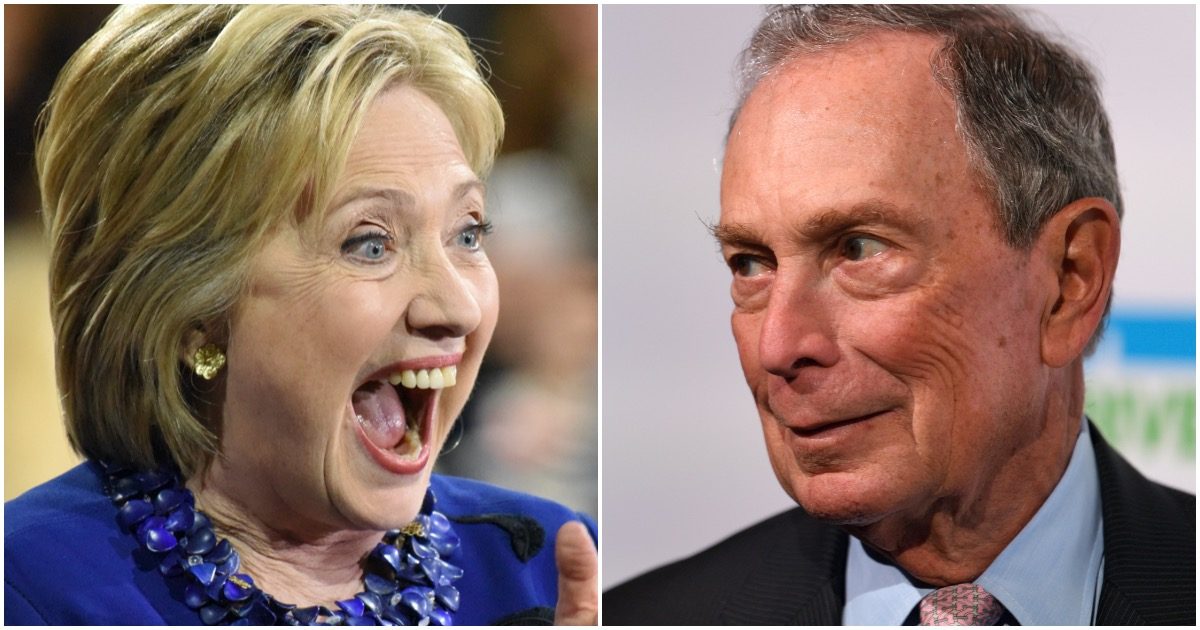 There was a rumor floating around that 2020 Democrat presidential candidate Michael Bloomberg was going to choose Hillary Clinton as his vice presidential running mate if he earned his party’s nomination.

Clinton apparently said that that won’t happen. But now, former Bill Clinton adviser Dick Morris has some news that people might want to pay attention to. Here’s what’s up, via Washington Examiner:

A former adviser to President Bill Clinton speculated that Michael Bloomberg and Hillary Clinton are plotting a way for her to become the 2020 Democratic nominee even though she’s not in the race.

He said Bloomberg would stay in the race, even if he has no chance of winning, in an effort to get at least enough support to keep Vermont Sen. Bernie Sanders from running away with the nomination.

Morris said, “Here’s the deal that I think is going down. I think Hillary and Bloomberg have gotten together and cooked up a scheme.”

He added, “Nobody will be nominated on the first ballot, and it’ll go to a second ballot. The problem is that the party establishment doesn’t have a candidate. They can’t do Bloomberg because he got killed in the debate. … Can’t do Biden because he’s already lost the front-runner status. … Buttigieg looks like a high school kid at the Model UN. … Warren is third, but she’s pretty far to the Left, and they’re not going to want to trust her.”

Hillary basically said the 2020 Democrat candidate, whoever it winds up being, should openly ask for China’s help to defeat Trump (because that’s why she lost the 2016 election to Trump and Russia, obviously).

Bernie: My Health Plan Not Government-Run, Just Gets ‘Rid of Private Insurance Companies’