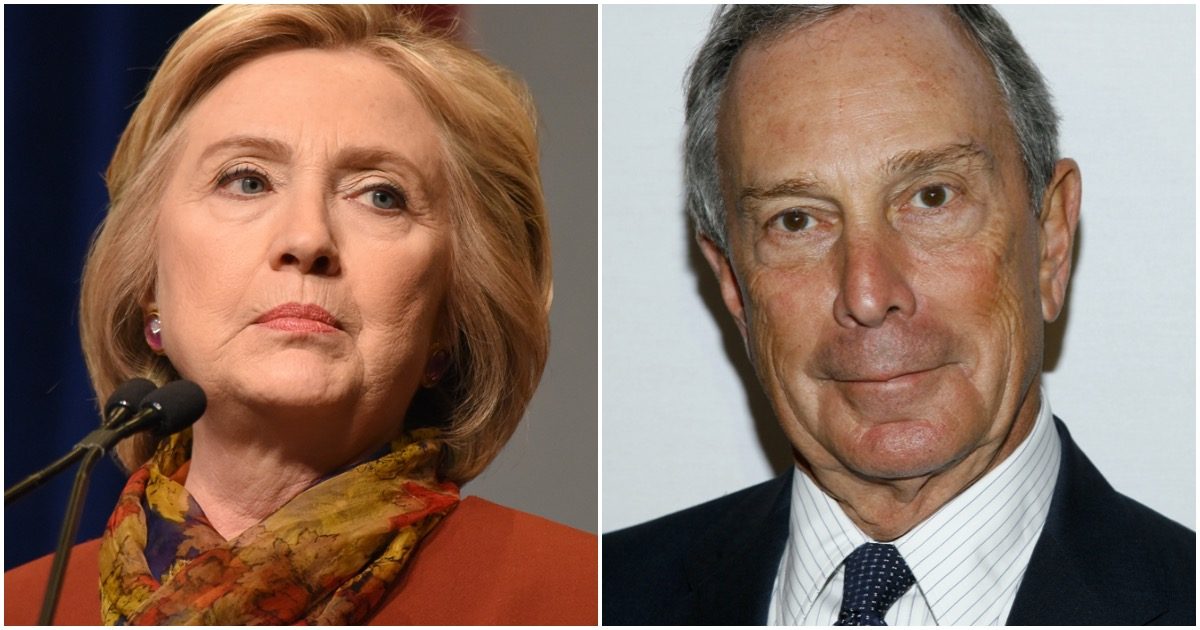 Word has it that 2020 Democrat presidential candidate Michael Bloomberg is considering naming Hillary Clinton as his vice presidential running mate. It might just be a ploy to keep his name in the headlines. If so, it’s working.

“Mini Mike,” as he has been referred to by President Trump, certainly isn’t expected to win the far-left party’s nomination this summer, at least not by himself. But if he added Hillary to the mix he might give himself a slightly better chance.

Mike Bloomberg could team up with Hillary Clinton to try to take down President Trump in November — by making her his running mate.

I would not be where I am today without the talented women around me. I've depended on their leadership, their advice and their contributions. As I've demonstrated throughout my career, I will always be a champion for women in the workplace. https://t.co/WU2FqULgdU

A Bloomberg campaign insider told The Post that the two have long been simpatico – going back to the days when she represented New York in the U.S. Senate and he was Gotham’s mayor.

Clinton said last week that she would “probably” not accept an offer to run as another Democrat’s veep – which would be a demotion of sorts after serving as Secretary of State under President Obama and as her husband’s principal adviser and unofficial deputy during President Bill Clinton’s two terms.

With just one tweet, twice-failed presidential candidate Hillary proved she is a walking hypocrite.

To say that “no one is above the law” given all she has gotten away with over the decades proves she is not even kind of close to being in touch with the American people.

The sad part is that the largely uninformed public and mainstream media will go along with Clinton’s every word. Because why not? She’s Hillary Clinton. She might as well be Jesus, right?

In the United States of America, no one is above the law. https://t.co/DGBWf5U564