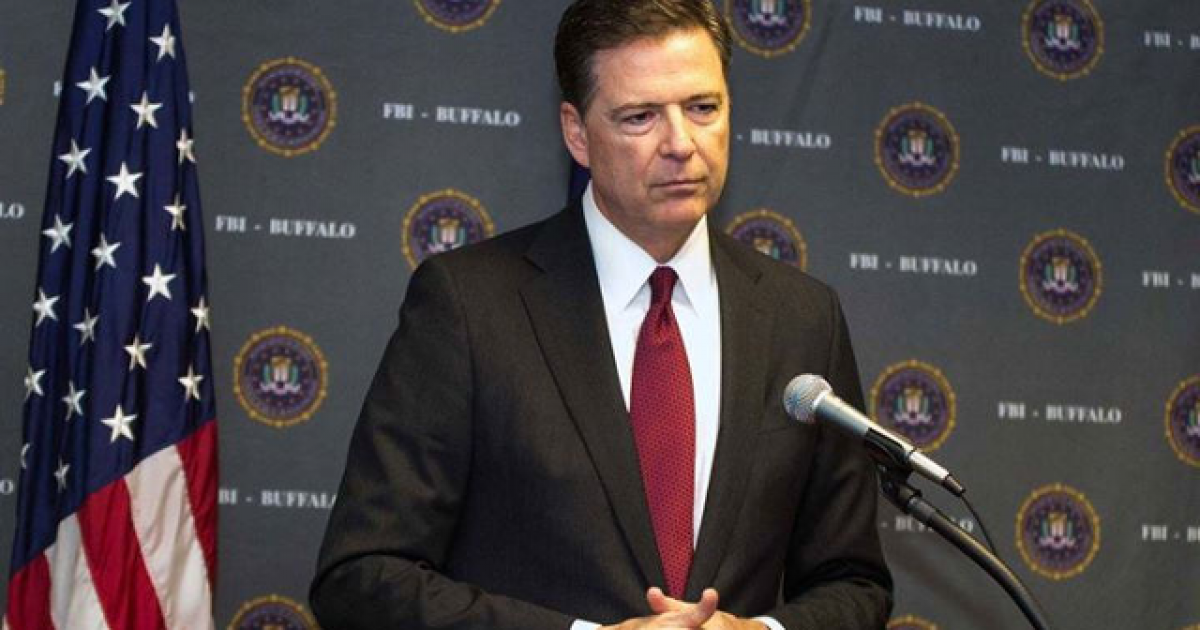 Disgraced former FBI Director James Comey — the guy who was handed a pink slip by President Trump — decided to weigh in on the whole Brett Kavanaugh situation in an op-ed that was published in the New York Times on Sunday.

And, just as you’d expect from any good little left-wing stooge, he followed the party platform and slammed Kavanaugh, suggesting the SCOTUS nominee is guilty of the unsubstantiated claims of sexual assault that have been leveled against him.

Comey begins his op-ed by painting himself as a victim of a politicized process, relating the explosive and increasingly ugly Kavanaugh confirmation process to the Hillary Clinton email investigation for which Comey was widely criticized. Stating that he was told he was “totally screwed” when he was tasked with investigating Clinton because “one side was sure to be furious with the outcome,” Comey notes that he was instantly declared “a political hack” in a tweet.

Having efficiently worked himself into the conversation, Comey then turns to Kavanaugh, whom he disparages for pushing back against Democrats for having shamelessly manipulated the allegations for political purposes:

Comey then works in a shot at Republican voters: “Most disturbingly, we live in a world where millions of Republicans and their representatives think nearly everything in the previous paragraph is O.K.”

Echoing the Democratic talking point rolled out immediately after the Senate announced the one-week FBI probe, Comey then calls for an open-ended investigation:

If truth were the only goal, there would be no clock, and the investigation wouldn’t have been sought after the Senate Judiciary Committee already endorsed the nominee. Instead, it seems that the Republican goal is to be able to say there was an investigation and it didn’t change their view, while the Democrats hope for incriminating evidence to derail the nominee.

Comey is a man who is responsible for allowing former Democratic presidential nominee Hillary Clinton to get away completely unscathed with breaking federal law by using a private email server to conduct government business.

Why would he allow such a thing, considering that at the time, his whole career was supposed to be based on upholding the law? Because he disliked Trump and wanted Hillary to win, allowing his personal politics to interfere with his job performance.

And yet, we’re all supposed to care what he has to say on this issue? Not likely.

Do Americans Believe Ford or Kavanaugh? New Poll Has the Answer