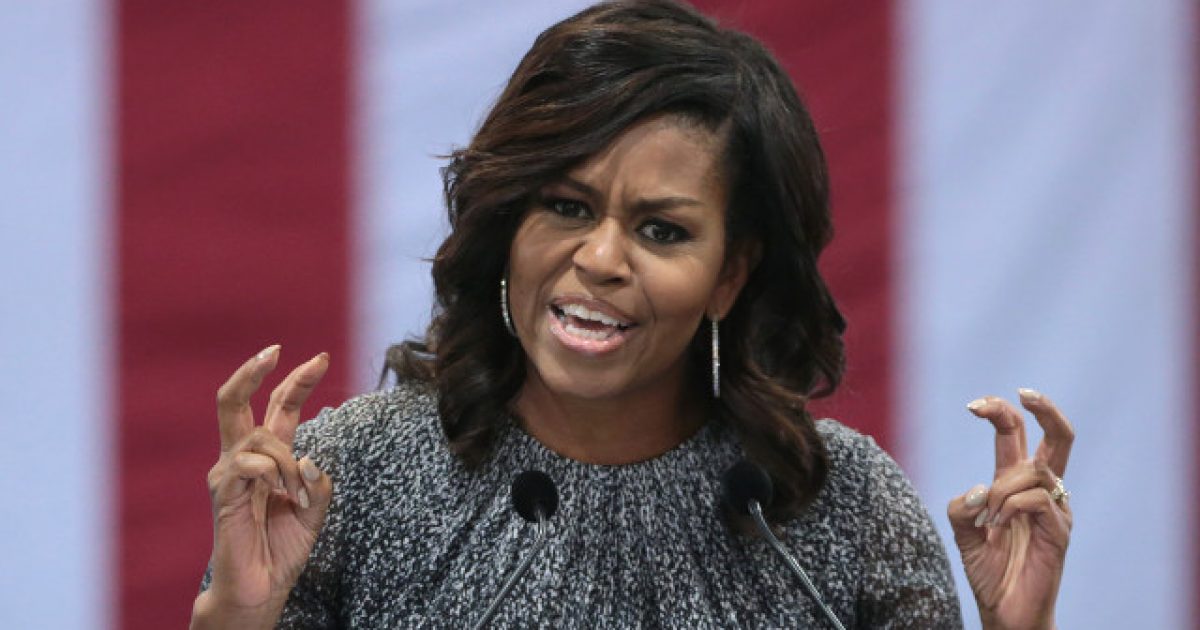 Former First Lady Michelle Obama has stated in her new book that her family was put in danger recently and the person to blame for the whole debacle is none other than President Donald Trump.

According to Obama, the president publicized a conspiracy theory that grew in popularity and, somehow, placed her family at risk, a move she says she cannot forgive him for.

Obama was referring to the “birther” conspiracy that Trump said he was investigating before he ran for president in 2016. The claim was that former President Obama was born in Kenya and was not a United States citizen.

She says in her soon-to-be-released book that Trump put her family under threat of attack with the comments. The Washington Post obtained an early copy of the book and published excerpts on Thursday.

“The whole [birther] thing was crazy and mean-spirited, of course, its underlying bigotry and xenophobia hardly concealed. But it was also dangerous, deliberately meant to stir up the wingnuts and kooks,” she wrote in the book.

“What if someone with an unstable mind loaded a gun and drove to Washington?” she wondered. “What if that person went looking for our girls?”

“Donald Trump, with his loud and reckless innuendos, was putting my family’s safety at risk,” she added. “And for this I’d never forgive him.”

Obama could have been referencing the unfortunate events that followed upon the “PizzaGate” conspiracy theory that had been popular on social media. One adherent to the conspiracy showed up armed at one of the targets of the conspiracy and was arrested for trespassing.

It seems odd that the former First Lady would be laying the blame for this conspiracy theory on President Trump, when it had been around since the beginning of Obama’s presidency and a little bit before.

What she seems to be saying is that Trump’s supporters are more psychologically unhinged than previous conservatives and Republicans have been, thus they are more of a threat to her and her family than those who held to this “birther” nonsense years ago.

It’s a sweeping generalization that’s simply not true. The vast majority of folks who support Trump are just Americans who are fed up with government intrusion preventing them from realizing their dreams and being able to provide for their families.

Leftists become enraged when they are generalized in such a way and lumped into one big group, yet it seems they have no issue doing the same to conservatives. The hypocrisy is maddening.

This 10-Year-Old Girl Thwarted a Bad Guy’s Plan to Kidnap Her. Take a Look at What She Did.

James Woods Explains Why Antifa Won’t Bother Him at Home